Three little letters that signal the height of music on MTV.

Based in the newly opened MTV studios in Times Square in New York City, Total Request Live, or TRL, as it was known more commonly at the time, was a must-watch for music mad teenagers.

It featured interviews with the biggest stars and played exclusive videos from the likes of Britney, Eminem and Backstreet Boys in the early 90s and noughties as well as the mid-2000s. 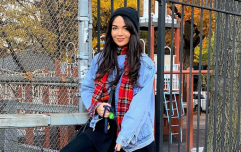 END_OF_DOCUMENT_TOKEN_TO_BE_REPLACED

Carson Daly was at the helm of TRL for nearly five years and is still the person that comes to mind when you say those famous three letters.

When Daly left, the show began to take a downwards spiral and went through as many presenters in its remaining five years.

However, nostalgia will block out those bad moments from the show in your head and will instead get you excited for the news that the show is returning to MTV in October.

According to the New York Times, MTV president Chris McCarthy has said that the music show which ended in 2008 will be making a comeback.

Like when it started in 1998, MTV is currently building a brand new studio in Times Square in anticipation for the revival of the show and McCarthy said that TRL will be pushed out to an hour a day (instead of the usual 45 minutes) with the potential to expand to two or three hours.

Sadly, Carson Daly will not be returning as the host of the show and instead, there will be "five fresh-faced co-hosts" at the forefront. 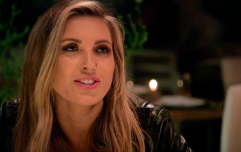 END_OF_DOCUMENT_TOKEN_TO_BE_REPLACED

The reboot comes after the music-themed network experienced big dips in their ratings over the last four years and the channel believes that in order to increase those ratings again, they need to appeal to a younger audience.

In saying that, the show will have unique daily content going up on Snapchat, Instagram and other social media accounts to connect with their target audience but McCarthy hopes that TRL will be enough of a household name to bring the ratings up also.

"MTV's reinvention is coming by harnessing its heritage," said McCarthy, but will that work in a world of YouTube and Spotify after almost ten years since the show was last on our television screens?

Girls With Goals || Her · Ep.151: 'A Story Shared' - Aoife P. Rafter on blogging during a pandemic and living with CF
popular
Around the world: The most popular baby names in major cities across the globe
WATCH: The trailer for To All The Boys I've Loved Before part 3 is here
"The female gaze is brilliant:" Why Phoebe Dynevor is proud of Bridgerton's sex scenes
Matt LeBlanc And Matthew Perry Reveal Reason Why They Didn’t Attend Jennifer Aniston’s Wedding
Here's how to do the genius TikTok wrap hack that everyone's going mad for
Netflix announces new true crime documentary series: The Vanishing At The Cecil Hotel
Here's the average age people lose their virginity around the world
You may also like
1 year ago
We picked out our top 7 favourite looks from the MTV Video Music Awards' red carpet
1 year ago
Lindsay Lohan's Mykonos beach club has closed with no renewal for MTV series
1 year ago
Geordie Shore's Chloe Ferry and Sam Gowland have announced they've split up
1 year ago
Remembering MTV's Room Raiders: 7 things that always happened on the weirdest dating show going
1 year ago
MTV issues statement as it cancels 10th series of Ex On The Beach
1 year ago
Heidi Montag had this to say about Lauren Conrad ahead of The Hills reboot
Next Page