The Crown's Vanessa Kirby may have just dropped a huge hint about the third season of the show.

The 29-year-old has played Queen Elizabeth II's younger sister for the first two seasons, but the role will be taken over by a new actress for the third seasons - which will see the drama jump forward in time to focus on the later years of the Queen's reign. 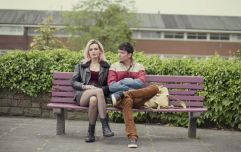 The release date for Sex Education season 3 is finally here

END_OF_DOCUMENT_TOKEN_TO_BE_REPLACED

It emerged earlier this month that Helena Bonham Carter was "all but confirmed" to take over the role in the third season of the historical drama.

And while Netflix hasn't officially commented on the speculation about the Oscar winner, it looks like Vanessa has added some fuel to the fire with one of her latest social media posts.

Tagging the official social media account for The Crown, she captioned the photo:

END_OF_DOCUMENT_TOKEN_TO_BE_REPLACED

Vanessa Kirby has played the role of Princess Margaret for the first two series of the acclaimed Netflix show.

However, the third season will see an all-new cast in the major roles.

It has been announced that Olivia Colman will be playing Queen Elizabeth, taking over the role from Claire Foy.

There has been no official confirmation yet about who will be playing Prince Phillip, who has been played by Matt Smith for the last two seasons.

Girls With Goals || Her · Ep.161: Feeling Peachy - Sharon Keegan of Peachylean on being an absolute BOSS!
popular
Top 10 best staycation experiences in Ireland revealed
Britney Spears' dad Jamie says he is "sorry" to see daughter in pain
Will Britney ever be freed?
A BBC documentary on the Peru Two is coming next month
Woman escorted from Disney World for "inappropriate" top
Nearly half of men think 36 is "too old" for women to have a baby in UK
Newborn needs 13 face stitches after being cut during emergency C-section
You may also like
1 week ago
Netflix releases trailer for documentary Sophie: A Murder in West Cork
1 week ago
WATCH: The trailer for Atypical's final season is here
1 week ago
Revealed: Meet the contestants in this year's Too Hot To Handle
1 week ago
Irish Too Hot To Handle star just got a huge record deal
2 weeks ago
Irish actress Amybeth McNulty cast in Stranger Things season 4
2 weeks ago
Opinion: The Bold Type is so bad it's good - here's why we can't get enough
Next Page