Lucie is off Love Island, but is it really the end of the road for her and Tommy?

Maybe not, if the way she left things with him is anything to go by.

Lucie and George became the latest couple to be dumped from the island in last's night's episode after their fellow Islanders voted to save Curtis and Amy.

END_OF_DOCUMENT_TOKEN_TO_BE_REPLACED

The pair shared heartfelt goodbyes as they left, with Lucie becoming especially emotional at bidding farewell to Tommy.

She's made no secret of the fact that she has feelings for him in the past few days, despite him now being in a relationship with Molly-Mae. 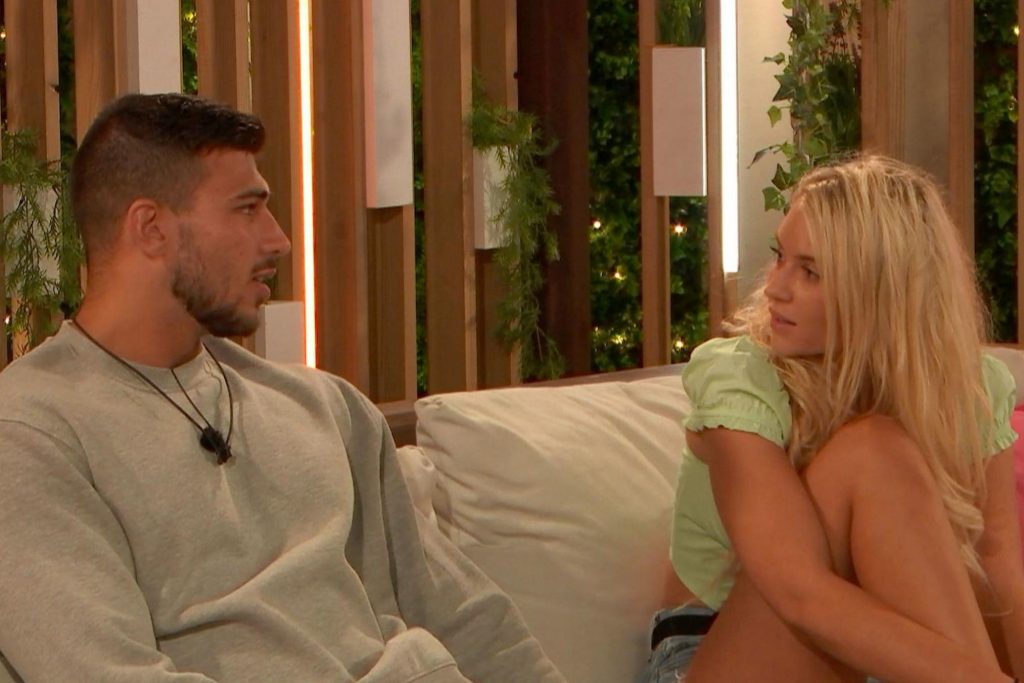 As they parted ways she told him that she'd be ringside at his first fight when he leaves the villa - right in front of Molly-Mae.

Those watching at home were less than impressed.

Tell me I’m not the only person that heard Lucie say “And I’m coming to your first fight” to Tommy???‍♀️ #loveisland

... did lucie just say she’d be ringside for tommy’s fight? she really isn’t getting the message. #loveisland

You can tell lucie is gonna make no effort to respect Mollymae once they’re out the villa and it infuriates me.
“iM CoMiNg To YoUr FiRsT FiGhT” #loveisland pic.twitter.com/fyNwXka6dA

Hun, the first fight will be between you and Molly-Mae if you continue this behaviour. x #LoveIsland

Lucie didn't do much to help her case in her exit interview either, saying that she could see a romantic future with Tommy.

"You’ll always have a love for a best friend whether it’s a boy or a girl but at times it can mean different things.

"I want to see how things go with him and Molly-Mae, I can see he really likes her. I’m happy for them.

"I feel like we’ll see what happens on the outside and how those guys will go but never say never, if we did come to that romantic stage in a few years and me and Tommy were still friends, you never know."

popular
Norma Foley addresses concerns over schools staying closed in January
Jeffrey Epstein's private jet made multiple stopovers in Ireland
Meabh Feerick passes away after sharing that she felt "let down" by Irish healthcare system
Ryan Tubridy hints this year might be his last Toy Show
Weather warning issued to motorists ahead of "unpredictable" conditions
Stacey Solomon mortified after walking around shop in see through leggings
Liveline listeners call for RTÉ's new property show to be scrapped
You may also like
1 week ago
Everything we know about Selling Sunset spin-off, Selling Tampa
1 week ago
I'm a Celeb trials set to be different this year, producers say
2 weeks ago
Vogue Williams to host new body image show Send Nudes
2 weeks ago
Bake Off fans heartbroken after fan favourite leaves the tent
2 weeks ago
It's official, a Harry Potter cast reunion is taking place
2 weeks ago
WATCH: The first official trailer for And Just Like That is finally here
Next Page