"It was about shedding light on a group of people who deserve recognition."

The RuPaul's Drag Race judge and partner Giovanni Pernice exited the BBC show yesterday after failing to impress the panel with their Voguing. 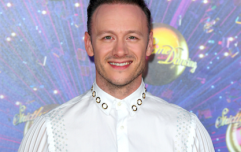 END_OF_DOCUMENT_TOKEN_TO_BE_REPLACED

However, since her departure, Michelle has issued a notable statement detailing her reasons for the dance she and Giovanni chose, as well as her graciousness in elimination.

"I've learned in this life you must take big risks in order to affect change," she said on Instagram.

"Gio and I chose our couple's choice to Vogue to bring a part of the underground gay ballroom scene to a massive show like Strictly.

"We are SO proud of the dance we did, but for me, it wasn't about judges scores. It was about shedding light on a group of people who deserve recognition and would otherwise not get it."

Michelle said that throughout her career, she has tried to bring attention to the struggles, the talent, and the love that's present in the LGBTQIA+ community.

And in this case, it was through dancing.

"Voguing IS dancing," she wrote.

"THANK YOU SO MUCH to EVERYONE for all the love you have shown me on this Strictly journey. 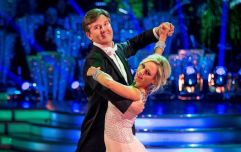 END_OF_DOCUMENT_TOKEN_TO_BE_REPLACED

"Welcoming this 51-year-old mum into their lives through their telly weekly, voting for us, letting this American know she's welcomed into the British Public has meant SO much to me. I am BEYOND grateful."

Michelle and Giovanni were eliminated last night following a dance-off against Saffron Barker and AJ Pritchard.

Strictly continues on BBC One next Saturday.

Girls With Goals || Her · Ep.160: The Beauty Of Coaching - Hayley Harrison joins us from Sport Ireland
popular
Starbucks has a bubblegum-flavoured frappuccino on their menu – but you need to hurry
TV host makes baffling remark about Meghan Markle's 'reaction' to royal family photo
Why Prince Harry and William aren't walking together at Prince Philip's funeral
Kate Middleton has addressed the rumours that she's pregnant with her fourth child
Jennifer Aniston is reportedly pregnant with her first baby
Someone has ranked the penis size of men from all over the world
M&S just launched the designer collaboration of dreams – with the ONE dress everyone needs
You may also like
2 months ago
Gemma Atkinson and Gorka Marquez announce Valentine's Day engagement
1 year ago
Apparently, a couple of Strictly stars have been 'secretly' getting together this year
1 year ago
Neil Jones confirms he will make a comeback to Strictly tonight
1 year ago
Will Bayley quits Strictly Come Dancing after suffering knee injury
1 year ago
Strictly's Dianne Buswell shares update with fans after horror fall in rehearsals
1 year ago
Jamie Laing's replacement on Strictly Come Dancing has been announced
Next Page