WATCH: The full trailer for Dead To Me season two is finally here

Hook it to my veins.

It's nearly May guys, and you know what that means.

No, not that half the year has almost been lost to Covid-19. No, not that we're one mere month closer to social distancing eventually becoming a thing of the past.

It means that Dead To Me season two is almost here. And our bodies, they are ready.

The eagerly anticipated second season of the incredible dark comedy is coming to Netflix on May 8 - and with it are a whole host of new issues for Jen and Judy to navigate, some of them more deathly concerning than others.

Like the fact that they've now got a murder on their hands. That'll do it, alright. 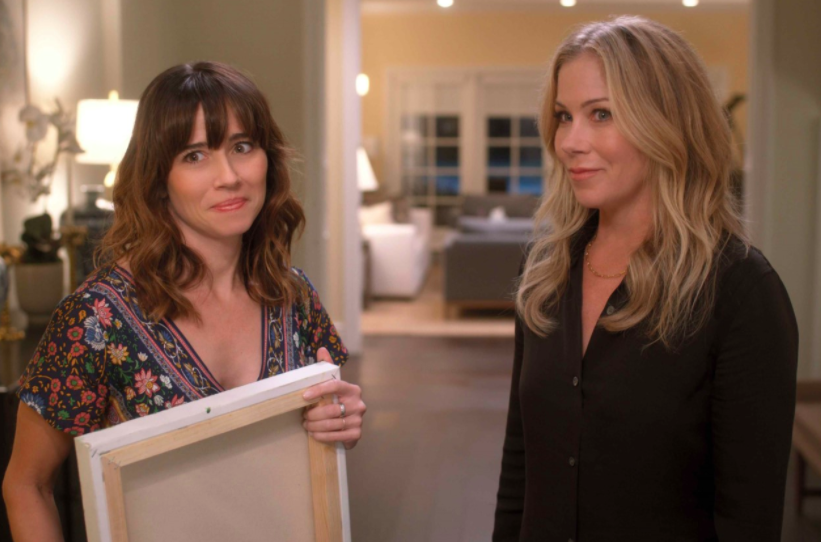 END_OF_DOCUMENT_TOKEN_TO_BE_REPLACED

Season two of the series (starring Christina Applegate and Linda Cardellini) sees Jen and Judy attempt to deal with their own grief, as well as the fact that they have literal blood on their own hands.

Pursued by the ruthless Detective Perez, the women will have a lot more to worry about than just the odd white lie this time.

There'll be plenty of those too though. Don't worry.

You can check out the official trailer for Dead To Me season two, streaming from May 8, here:

popular
The Dalkey gaff where Matt Damon stayed during lockdown will be available to rent again soon
Her Quarantine Quiz Week 9: Iconic Irish music videos
PSA: White Claw Hard Seltzer is launching in Ireland next month
Thursday set to be the hottest day of the year, says Met Éireann
After days of silence, Scott and Sofia finally comment on the break up rumours
XOXO: Here's everything we know about the Gossip Girl reboot cast
A royal insider has revealed the truth behind Meghan and Kate's rumoured feud
You may also like
3 days ago
QUIZ: How well do you remember Angus, Thongs and Perfect Snogging (the movie)
3 days ago
The creator of Big Little Lies is teaming up with Netflix for a gripping new thriller
4 days ago
Here is everything that is going to be coming to Netflix in June
6 days ago
ATTENTION: Angus, Thongs, and Perfect Snogging is dropping onto Netflix next month
1 week ago
The Big Flower Fight: The wholesome landscaping content we deserve during lockdown
1 week ago
WATCH: The first track from Will Ferrell's Eurovision movie has been released
Next Page