The film revolves around a young couple who move from London to rural Ireland in search of a more peaceful lifestyle and end up finding themselves very - you guessed it - unwelcome.

If only someone had warned them about the evil, murderous goblins lurking in the ancient woods nearby.

There’s something lurking at the bottom of the garden. Watch the trailer for #UnwelcomeMovie now and uncover the secrets in cinemas 2022. pic.twitter.com/jTOXcHpnZ5

In the trailer, we find out that the couple, Maya and Jamie (played by Hannah John-Kamen and Douglas Booth), must leave a blood offering out every evening before sunset in order to keep the goblins known as the "redcaps" happy. If they forget, they'll face the creatures' wrath. The Midnight Club: Netflix's latest thriller series will have you seriously spooked

END_OF_DOCUMENT_TOKEN_TO_BE_REPLACED

In mythology, redcaps are malevolent monsters that were often found at the scenes of tyranny or wicked deeds and were known for soaking their caps in the blood of their victims.

As it's a horror movie, Maya and Jamie naturally forgot to leave out an offering one night and the monsters are unleashed. But what threat will they pose to Maya's unborn baby? 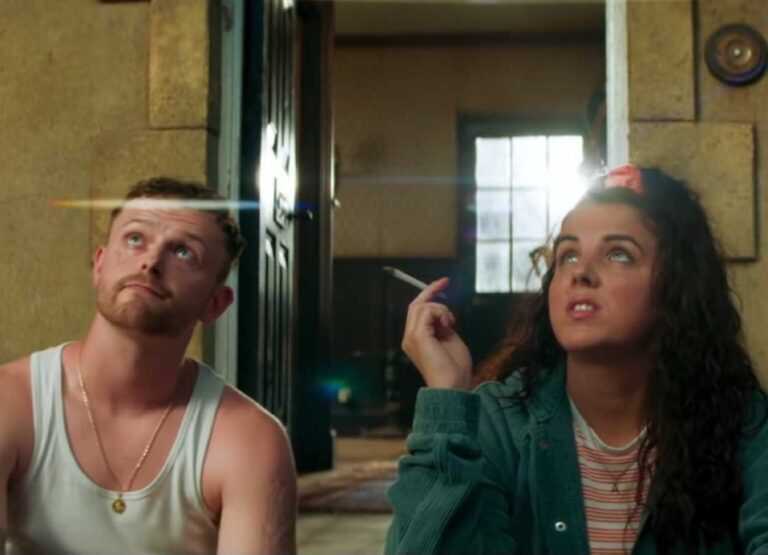 Directed by Jon Wright and based on an original screenplay by Mark Stay, the movies features a plethora of Irish stars including Colm Meaney (The Snapper), Chris Walley (The Young Offenders) and Jamie Lee O'Donnell (Derry Girls) who play the not-so-friendly locals. 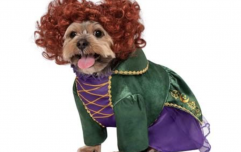 END_OF_DOCUMENT_TOKEN_TO_BE_REPLACED

It also features Kristian Nairn, who is best known for his role as Hodor in Game of Thrones - although, don't get your hopes up about seeing too much of the actor, as he is shown in the trailer being dragged away screaming by an unseen force.

Jon Wright is no stranger to creature features and previously directed the Irish horror-comedy Grabbers, which sees an island invaded by killer aliens where the only chance for survival is to get very drunk.

popular
Here are the baby name trends set to dominate 2023
Love Island's Faye Winter says she feels like she's "failing" as an influencer
Calling all beauty lovers: Kildare Village gets three major new beauty brands
5 delicious brunch spots around Ireland to try out on your next trip with the girls
The Gilmore Girls episodes that you need to watch in the autumn
Ed Sheeran teams up with Pokemon for new song Celestial
The best Halloween costumes no matter what your hair colour is
You may also like
1 day ago
Lottie London launches Halloween collection with colour-changing makeup
1 day ago
The best Halloween costumes no matter what your hair colour is
3 days ago
Jamie Lee Curtis among incredible lineup for tomorrow's Late Late Show
11 months ago
The top five spookiest date night ideas according to Bumble
11 months ago
Here's why Practical Magic beats Hocus Pocus as the best Halloween movie
11 months ago
A spooky cocktail recipe for this Halloween
Next Page