Everyone knows who did it, but nobody knows why.

When the first season for The Sinner was released, it was all anyone could talk about.

Starring Jessica Biel as the woman who very clearly murdered someone, but with no memory of doing it, it also featured Bill Pullman as the investigator attempting to get to the truth of it all.

It was a fantastically dark and twisted murder-mystery, and we absolutely loved it, which is why we're more than happy to see that season two is only a few weeks away. 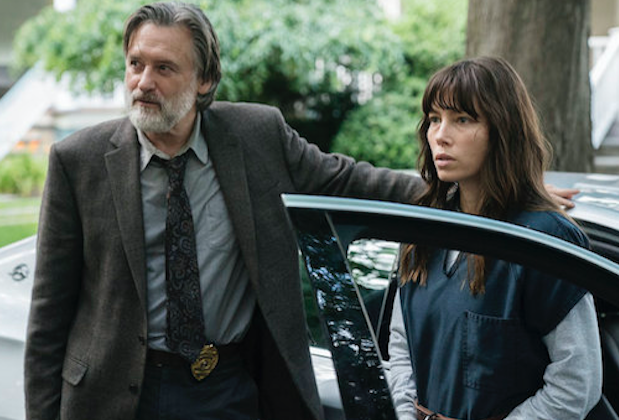 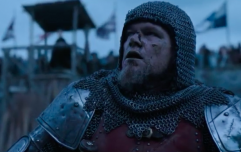 END_OF_DOCUMENT_TOKEN_TO_BE_REPLACED

Pullman returns as the detective, this time looking into the case of a double-homicide, one which was performed by an 11-year-old boy, who seems to have murdered his parents without cause.

Pullman will be joined by a new co-lead, played by Carrie Coon (The Leftovers, Fargo, Gone Girl), and it appears she'll be causing just as much trouble as Biel did last time around.

Biel herself won't be returning in front of the cameras this time around, but she remains on-board as an executive producer, and has released the latest trailer via her Twitter account, which you can check out below.

The new story will kick off Stateside on Wednesday 1 August, and while there is no Ireland and UK release date yet, we imagine Netflix will pick up the rights to stream all episodes once the series has completed it's run in the USA.

Once again, we know WHO did it… but we don’t know WHY.  Here’s an exclusive first look at #TheSinner Season 2 @TheSinnerUSA pic.twitter.com/Qx5D6fB3Sy

popular
Terrie McEvoy responds to trolls who commented on her pregnancy weight
Ariana Grande just dropped a breakup song about Pete Davidson AND Mac Miller
Derry Girls star speaks out after show called "distinctively British"
Forget Making a Murderer, This Crime Documentary is Finally on Netflix
Police release bodycam footage of missing YouTuber Gabby Petito
The 'secret' Zara label signs that'll apparently help you get the right size every time
Gwen Stefani reportedly pregnant with baby number four
You may also like
2 years ago
The NEW trailer for the Chilling Adventures Of Sabrina: Part 2 is here and oh yes!
2 years ago
The trailer for Will Smith's new movie just landed and what the hell?
2 years ago
The trailer for 'The Queen's Corgi' gives an insight into the future of Buckingham Palace
3 years ago
Five of the best things coming to Netflix this month
3 years ago
The first trailer of John Krasinski and Emily Blunt's terrifying movie is here
4 years ago
Saoirse Ronan could be set to bag the Best Actress Oscar for this role
Next Page