Ever since the Tinder Swindler hit our screens, we've been hooked on real life fraud stories, as if the true crime obsession wasn't enough.

A TV series about Elizabeth Holmes and Theranos is coming to Disney+ and the trailer has us only wanting more.

END_OF_DOCUMENT_TOKEN_TO_BE_REPLACED

Elizabeth Holmes was the founder of a blood-testing start-up, Theranos, and was convicted on four counts of fraud and conspiracy in January 2022.

Amanda Seyfried is bringing the story to life as she plays the 38 year old, and drama isn't even the right word for it.

The Dropout will bring viewers through Holmes' rise to the top and her eventual downfall, with Hulu describing the show as "Money. Romance. Tragedy. Deception," and, "an unbelievable tale of ambition and fame gone terribly wrong." 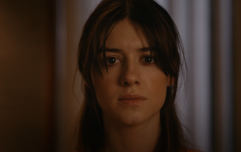 END_OF_DOCUMENT_TOKEN_TO_BE_REPLACED

The trailer shows Elizabeth coming up with her idea for Theranos while everyone tells her it's impossible, and then her success unfolds.

The series is set to start on March 3rd, with three episodes initially streaming and then four more to follow weekly.

Elizabeth was the CEO of the company, which at one point was valued at $9 billion and she was declared the "youngest self-made female billionaire".

It was later then discovered that Theranos was based on faulty technology which put thousands of people's lives in danger. She was then accused of fraud and misleading investors and the government. 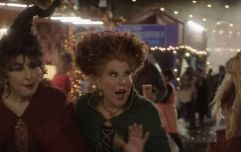 END_OF_DOCUMENT_TOKEN_TO_BE_REPLACED

Theranos claimed that it could carry about blood tests while only using a tiny amount of blood and give patients their results in record time, but it was found in 2015 that there were major inconsistencies with this "incredible new" technology that was being used.

Her trial was then delayed due to her pregnancy and Covid 19 but in January of this year she was convicted of four of the 11 counts.

popular
Here are the baby name trends set to dominate 2023
Love Island's Faye Winter says she feels like she's "failing" as an influencer
Stacey Solomon addresses previous comments about the monarchy
Royal Family ban TV channels from using funeral footage
Selena Gomez calls out "vile and disgusting comments" following Hailey Bieber interview
Max from Hocus Pocus looks very different now and we can't cope at all
Why Are Men so Obsessed With Boobs? The Answer is Pretty Surprising...
You may also like
1 month ago
Everything you need to know about The Kardashians season 2
1 month ago
Vogue Williams praises Spencer Matthews for new emotional documentary
8 months ago
Disney+'s Snowdrop actress Kim Mi-soo dies suddenly at 29
1 year ago
Disney+ reveals line-up of new and classic Halloween movies and shows
1 year ago
We finally have a release date for the Home Alone reboot
1 year ago
Only Murders in the Building is a must-watch for fans of true crime podcasts
Next Page