"The silence is over."

The trailer for the Silence of the Lambs sequel TV show has landed and sweet baby Jesus it looks terrifying. Clarice will air on CBS next month (Feb. 11, just in time for Valentine's day) and picks up one year after the events of the 1991 Oscar-winning film starring Jodie Foster and Anthony Hopkins.

In the series, rookie FBI agent Clarice Starling returns to her hometown of West Virginia to tackle new cases while still being haunted by the horrific crimes of Buffalo Bill *shudders*.

Check out the trailer below:

END_OF_DOCUMENT_TOKEN_TO_BE_REPLACED

Almost 30 years to the day since the release of the film, fans are understandably giddy to see the return of these characters. 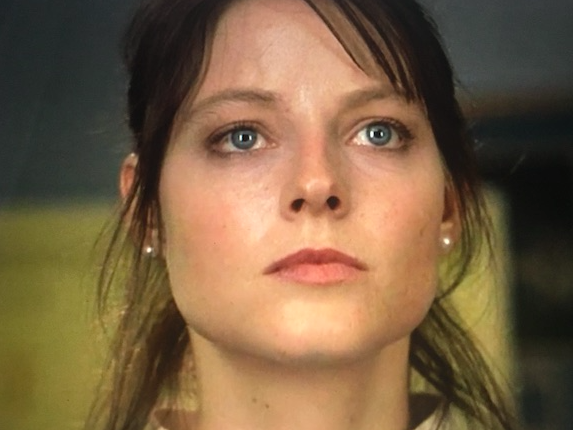 Jodie Foster as Clarice Starling in Silence of the Lambs.
Advertisement

The trailer itself features numerous flashbacks to the original film, including the infamous pit, so it seems this sequel will be leaning hard into Silence of The Lambs, they've even used the same font for the title card!

END_OF_DOCUMENT_TOKEN_TO_BE_REPLACED

We're not sure how this sequel will stand up to the original, which swept the major categories at the Oscars and of course, it's not the first spin off we've seen (hello Hannibal and Red Dragon), but we'll certainly be snuggling up to watch it come Valentine's day.

Psychopathic monsters are so romantic.

Girls With Goals || Her · Ep.160: The Beauty Of Coaching - Hayley Harrison joins us from Sport Ireland
popular
Regé-Jean Page arrives in Ireland to shoot new movie
A pink tampon disposal glove has been created - by three men...
Someone has ranked the penis size of men from all over the world
Starbucks' new Happy Hedgehog cups would be the perfect pairing for a park date
Here's what happens on every day of your menstrual cycle (roughly)
Chris Evans Reveals Cancer Scare During Breakfast Radio Show
Kate Middleton has addressed the rumours that she's pregnant with her fourth child
You may also like
1 week ago
QUIZ: How well do you really remember the first episode of Grey's Anatomy?
2 weeks ago
SpongeBob SquarePants episodes pulled from streaming over 'inappropriate' storylines
3 weeks ago
Oscar-nominated actor George Segal dies aged 87
1 month ago
Netflix testing feature that could lead to password-sharing crackdown
1 month ago
The Queen's Gambit is being adapted into a stage musical
2 months ago
Gina Carano has reportedly been fired from The Mandalorian
Next Page