Want this great prize? Read on...

To celebrate the release of Unforgettable, starring Katherine Heigl, Rosario Dawson and Geoff Stults, which hits Irish cinemas on Friday, we've teamed up with Warner Bros. Pictures to give you and a friend the opportunity to win one night’s stay at The Clarence Hotel with 2 craft cocktails from The Octagon Bar. 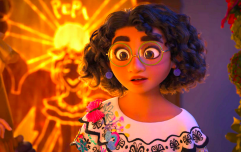 END_OF_DOCUMENT_TOKEN_TO_BE_REPLACED

Tessa Connover (Heigl) is barely coping with the end of her marriage when her ex-husband, David (Stults), becomes happily engaged to Julia Banks (Dawson), not only bringing Julia into the home they once shared but also into the life of their daughter, Lily.

Trying to settle into her new life, Julia believes she has finally met the man of her dreams, the man who can help her put her own troubled past behind her. But Tessa’s jealousy soon takes a pathological turn until she will stop at nothing to turn Julia’s dream into her ultimate nightmare.

To be in with a chance to win this fantastic prize, enter here:

Unforgettable, which is Cert 15A, will be released in Irish cinemas on Friday.

popular
FBI reveal that Brian Laundrie is responsible for Gabby Petito's death as they discover notebook
A clip has resurfaced of Machine Gun Kelly discussing a teenage Kendall Jenner
Actress Regina King pays tribute to her son as he dies suddenly
A documentary about two Irish boys who skipped school to go to New York is coming soon
Lisa Fallon praised as she opens up about terrifying ordeal on Late Late
People are only realising Kendall Jenner and Gigi Hadid are related and the reactions are gas
Ben Foden explains why he called Rachel Stevens "sexiest woman alive"
You may also like
3 days ago
Marvel actor Gaspard Ulliel passes away aged 37 in ski accident
1 week ago
Cheer season 2 further highlights the vulnerability of its young stars
1 week ago
Desperate Housewives could be coming back - but what could we expect from a reboot?
2 weeks ago
Don't Look Up smashes Netflix viewing records
3 weeks ago
Oscar-nominated director Jean-Marc Vallée dies aged 58
1 month ago
After three long years, The Apprentice is coming back this January
Next Page