16 weeks ago, Gavin & Stacey fans were reunited with their favourite characters almost ten years after they bid them a tearful goodbye on a beach in Barry.

On Christmas night last year, millions of people tuned in to find out how the motley crew from Barry and Billericay had fared over the last decade, and suffice to say the reunion special was every bit as gripping as viewers had hoped.

Indeed, the cliffhanger ending on December 25th sparked an outpouring from fans, all desperate for the creation of a new series. Did Nessa really mean it? Did Smithy say yes? We needs answers. 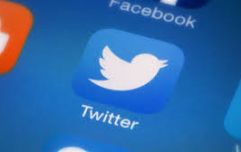 These were the most popular tweets in Ireland in 2019

END_OF_DOCUMENT_TOKEN_TO_BE_REPLACED

But as we might be waiting on that particular front, one very creative fan has gone to the trouble of providing the public with the storyline we didn't know we needed.

At a time when Twitter can seem like the darkest of social media platforms, David McCormack has used his platform to spread a little joy, writing: "From time to time I like to sit and think about how the characters in Gavin and Stacey would be handling the lockdown at the moment."

From time to time I like to sit and think about how the characters in Gavin and Stacey would be handling the lockdown at the moment. What follows is my best prediction. If you've got any better ideas, please add to the thread! pic.twitter.com/FYETeXyMBx

That's right. He's only gone and done a deep dive on some of the greatest TV characters of all time. And listen, he has done some job.

Let's kick off with Gavin and Stacey, without whom none of this would be possible.

As is tradition on the much-loved show, David made sure the episode opened with a phone call between the pair. Separated by the lockdown, Stacey is - unsurprisingly - struggling without Gav.

'It's just so strange down here without you. And the kids are bouncing off the walls. Truth be told, Gav, so am I!'

'Come on, babes. This will all blow over soon and we'll be able to go back to the way things were.' 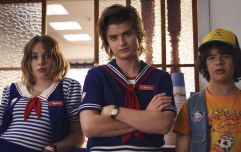 Stranger Things is the most talked about TV show of the past two years and yeah, fair enough

END_OF_DOCUMENT_TOKEN_TO_BE_REPLACED

And what about Pam? And the long-suffering Mick? How are they handling lockdown back in Billericay? Well, about as dramatically as can be expected, really.

Upon realising his parents are no longer sharing a bedroom in the family home, Gavin is filled in on the finer details by his father.

'It's your mum,' says Michael, rolling his eyes. 'She's convinced she's got the coronavirus.'

'I don't know, you try asking her!' pic.twitter.com/YTxdcE8Kyr

While Pam worries herself into a near frenzy and contacts best friend Dawn for a shoulder to cry on, it turns out poor Dawn isn't doing much better.

And yes, you guessed it, Pete's the reason for it.

'He only went out with the boys the week before they closed the pubs, didn't he? I ask you, Pam. What sort of selfish pig brings a deadly virus into his own home? Well, I've told him. As soon as this is all over he's out.'

But listen, far be it from us to ruin the ending. Get yourself straight onto David's near genius thread and catch up with everyone else in Barry and Billericay.

Oh, and don't be surprised if you read every single exchange in the characters' accents. We know we did.

popular
Gabby Petito disappearance: FBI confirm remains found are that of missing woman
ISPCA issue urgent appeal for over 100 cats and kittens
Germans shocked as cashier killed for asking about a face covering
New 911 call claims Brian Laundrie 'slapped' and 'hit' Gabby Petito
Designer Tom Ford's husband of 35 years dies at 72
Mother reunited with daughter who was abducted in 2007
Tributes paid as Sex and the City star Willie Garson dies aged 57
You may also like
1 month ago
People have been sharing their “fashion” experiences in Ireland and it’s incredible
2 months ago
Naya Rivera remembered on anniversary of her passing
5 months ago
Chrissy Teigan quits Twitter following online negativity
6 months ago
Piers Morgan in Twitter spat with Jedward over Winston Churchill
7 months ago
Bebo, the greatest social network of all time, is returning to save us
9 months ago
"I'm Irish:" Ireland's most liked tweet this year was from Paul Mescal
Next Page