"That’s just the nature of the business."

Adam Thomas won our hearts playing Adam Barton on Emmerdale and again as a contestant on I'm A Celebrity, Get Me Out Of Here in 2016 - but he's now gone down a completely different career path.

It's been reported that the actor, who left the soap in January, is now working as an estate agent for his friend Adam Kamani.

The businessman owns brands PrettyLittleThing and Boohoo.com and also has a portfolio of commercial and residential properties in Manchester, according to The Mirror. 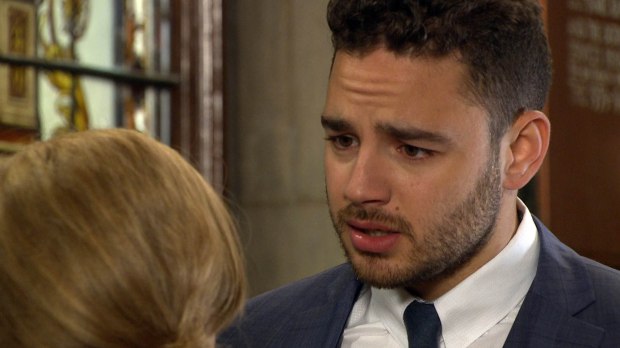 END_OF_DOCUMENT_TOKEN_TO_BE_REPLACED

He said that he hasn't quit acting for good but that he has to support his family between jobs as an actor.

"Just to clarify my job title is property exec it sounds better ... and yes I am working in the property industry in between jobs because as a job in actor you can be out of work...

"That’s just the nature of the business...I haven’t nor will I ever turn my back on acting ...but I have a family to support and will carry on doing so...whether it be acting or otherwise."

END_OF_DOCUMENT_TOKEN_TO_BE_REPLACED

Adam and his wife Caroline are parents to three-year-old son Teddy and three-month-old daughter Elsie Rose.

The news comes after Adam's brother Ryan, also an actor, was forced to deny accusations of physical abuse by actress Roxanne Pallet in the Celebrity Big Brother house.

Roxanne later took back the claims and apologised to Ryan.

popular
Family of four found dead in hotel sauna
"Real-life consequences": Strictly's Adam Peaty addresses near-kiss rumours
Little Mix's Leigh Anne Pinnock addresses haters in tearful speech at 30th birthday party
Shirley Ballas books breast exam after Strictly viewers spot lump
It looks like it's all over between Maura Higgins and Giovanni Pernice
HSE chief Paul Reid says it's "time to hit the reset button" as hospitals battle Covid surge
Apparently, THIS is the reason why Louise Redknapp split from Jamie Redknapp
You may also like
6 days ago
Everybody's watching Netflix's Maid - and for good reason too
1 week ago
Squid Game fans spot massive clue in Tug of War game
1 week ago
Disappointment as The Den has been cancelled again
2 weeks ago
Why we can't stop watching Squid Game
2 weeks ago
Looks like Irish gangland drama Kin will return for more seasons
2 weeks ago
Tilly Ramsay moves dad Gordon to tears after performance on Strictly
Next Page