YES! There's going to be even MORE Brooklyn Nine-Nine next season

First, it was cancelled. Then it was un-cancelled.

And now Brooklyn Nine-Nine fans will be getting even more time with Peralta, Santiago and Co.

It was announced on Friday [via Deadline] that NBC has ordered five more episodes of the beloved cop comedy, bringing the total to 18 episodes for season 6.

Earlier this summer, Fox announced that it would be pulling the plug on Brooklyn Nine-Nine after the fifth series aired.

But barely a day after the cop sitcom was axed, NBC stepped in to save the day - and gave the show a 13-episode season six. 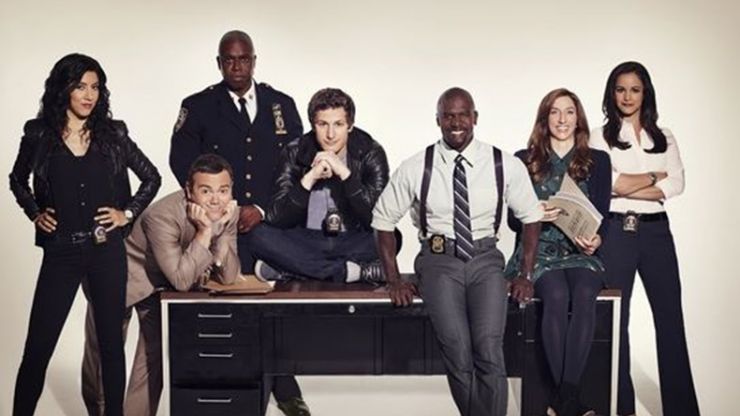 "Ever since we sold this show to Fox I've regretted letting it get away, and it's high time it came back to its rightful home.

"Mike Schur, Dan Goor, and Andy Samberg grew up on NBC and we're all thrilled that one of the smartest, funniest, and best cast comedies in a long time will take its place in our comedy line-up.

"I speak for everyone at NBC, here's to the Nine-Nine!"

And in July, Andy Samberg - who plays Jake Peralta - admitted to TVLine that the upcoming season six would "100 per cent" not be their last. 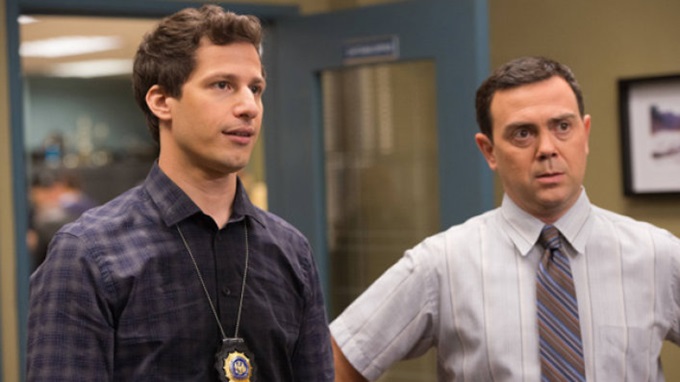 Although, he added, he couldn't really say for sure and he was just "trying to be confident".

"It's gonna get all written and shot before we even air, so we won't know what the ratings are, the public response…"

The actor said it was all a "real roll of the dice", so they may end up shooting three different endings to the finale - just in case.

Better safe than sorry, but let's hope the Nine-Nine will be sticking around for years to come.

Girls With Goals || Her · Ep.161: Feeling Peachy - Sharon Keegan of Peachylean on being an absolute BOSS!
popular
The DIY frozen coffee recipe that's so delicious you'll never pay for an iced latte again
Khloe Kardashian has JUST confirmed she is pregnant
Remember Christian From Clueless? This Is What He Looks Like Now
How to INSTANTLY unblock your stuffy nose (we swear this works)
"This Is Horrible News" - Paul Walker's Long-Term Girlfriend Is Left Heartbroken
Someone has ranked the penis size of men from all over the world
"There is a difference": Holly Willoughby calls out porn director's view of "normal" sex
You may also like
2 weeks ago
What a throwback: The first trailer for the iCarly reboot has dropped
2 weeks ago
The OC stars call Mischa Barton's bullying claims "completely false"
2 weeks ago
Holby City cancelled by BBC after 23 years on air
2 weeks ago
Kate Winslet refused to let director edit "bulgy bit of belly" from Mare of Easttown sex scene
2 weeks ago
Kate Winslet would "absolutely love" a second season of Mare of Easttown
2 weeks ago
We have an official date for Season 3 of Virgin River – and here is what we know so far
Next Page