Two Arrested After Baby Girl Is Mauled to Death by Dog

UK police have confirmed that an 11-month-old baby girl has died after she was mauled by a pet dog.

The incident happened late last night in Lancashire. The infant was taken to Royal Blackburn Hospital from a home in Emily Street, Blackburn (pictured above), at around 11pm, but died a short time later.

The baby was not at her home address when she was attacked, and BBC News has confirmed that a 24-year-old man and a 20-year-old woman have been arrested on suspicion of child neglect and are currently in police custody. 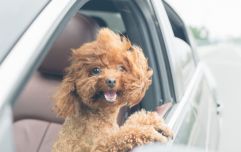 Apparently, dogs actually HATE when people pet them on the head and we're heartbroken

END_OF_DOCUMENT_TOKEN_TO_BE_REPLACED

Police have now seized the animal and say that tests will be carried out to establish the breed of the dog.

Det Supt Simon Giles said: "This is a tragic incident and specially trained officers are offering support to the wider family and a full investigation is under way."

No one else was injured during the attack.