We went to Dublin's Harry Potter bar and it was, well, magical!

If we had magical powers, this is exactly what we'd use them for.

It can be tough being a grown-up Harry Potter fan. Yes, you can deck yourself out in Penneys' Hogwarts range, but the chance to don full robes and brandish a wand only comes about at Halloween (well, outside the house at least). However, that's all changed with the arrival of a magical new attraction to Dublin.

Located at The Liquor Rooms in Temple Bar, The Cauldron is a pub experience dedicated to the noble arts of witchcraft, wizardry and mixology.

⭐️FREE GIVEAWAY ALERT!⭐️ Wizards we are giving away FIVE TICKETS for ?THE CAULDRON EDINBURGH ONLY? . . ➡️Tag a friend and follow us for a chance to win! Competition ends this Friday at midnight. Over 18's only. Let the magic begin! ?✨ . . ➡️ Want to buy tickets for Edinburgh? Link in bio! ???? . . . . . . . . . . #competition #free #giveaway #edinburgh #edin #edinburghfood #edinburghtattoo #bars #cocktails #cocktailrecipes #drinks #innisandgunn #beer #comp #freebies #tickets #freetickets

Arriving at the venue, marked by a black cauldron on a red door, we were already as giddy as kids with candy apples. At our table we were presented with our robes (full length black with a purple silk lining and a pointed hood) and an ornate wand, which are handmade in Ireland by Kennedy's wand makers. We were invited to try them out by casting a spell on a unicorn, lion or hydra to produce a cocktail, mocktail or beer.

Having established that we weren't Muggles, it was time for potion making. Careful not to spill a drop, we measured the mysterious contents of small bottles and jars into a glass container and stirred clockwise and anticlockwise as the spell book dictated. With a little help from a potions master much nicer than Snape, the result was a colour-changing cocktail that was both a taste and Instagram sensation. 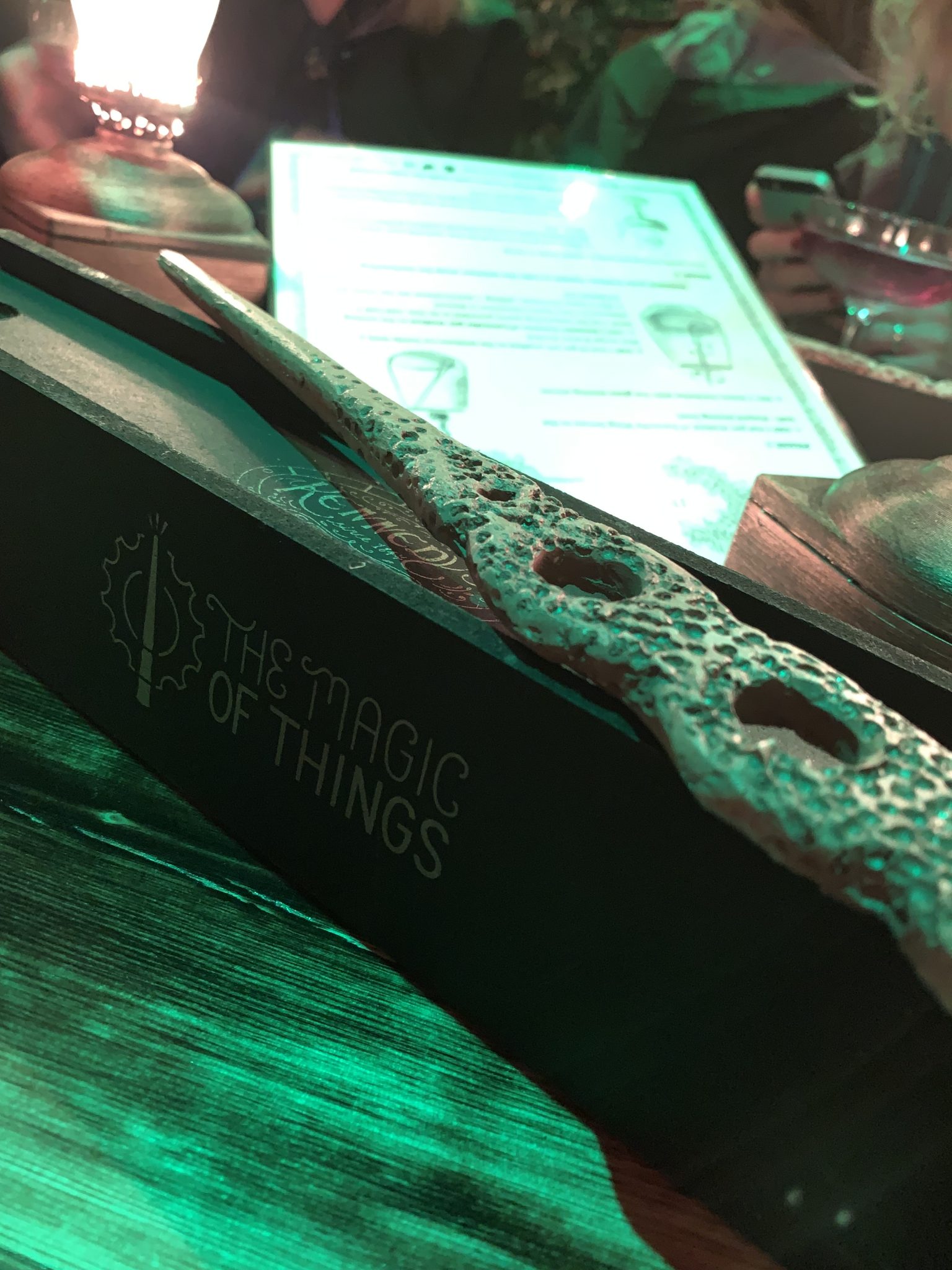 The concept for The Cauldron - which also has outlets in New York, London and Edinburgh - draws on a mix of magical traditions, including our mystical Celtic heritage, to create an enchanted forest feel in the room. There's no official affiliation with JK Rowling's Harry Potter - which might explain why repeatedly saying "reparo" to the glass we broke didn't fix it - but, as a fan of the Boy Who Lived, it's impossible not to imagine you're in his wizarding world when you're at The Cauldron. 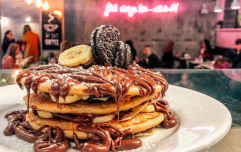 Our favourite café, Póg, is opening a brand new Dublin location, and we're so excited

END_OF_DOCUMENT_TOKEN_TO_BE_REPLACED

Next, it was time to unlock the ingredients from a magical cabinet (restricted section?) and conjure up some trouble. We ground up spices in a pestle and mortar, then added them with drops and dashes of various liquids to our allotted cauldron. With the addition of some fairy dust it began to bubble and steam, leaving us both squealing with delight and scrambling to get photos. The resulting drink was equally as enchanting. 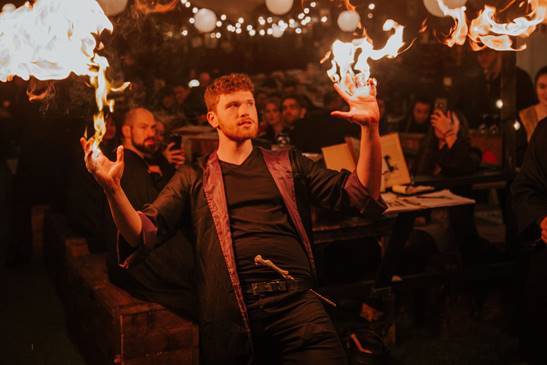 The session lasted for 1 hour 45 minutes, giving us plenty of time to make our enchanted draughts and to enjoy them. It includes three drinks, and there are additional drinks available to order - including a flaming cocktail that will blow your mind on several levels.

Overall verdict? An experience that is quite simply magical.


popular
'Be A Lady, They Said!' You need to watch this incredibly powerful video about being a woman
The comfy €42 M&S boots we're going to be living in all spring
The dress that Holly Willoughby wore this morning is getting very mixed reactions
BRB, running to Penneys for the €19 trousers that look like they cost ten times the price
'Be a lady they said' made waves yesterday, at the exact moment it should have
Summer is coming, and we'll be living in these adorable €11 denim shorts from Penneys
Coronation Street's Daniel Osbourne to propose to Bethany Platt
You may also like
2 weeks ago
We're drooling looking at these new white chocolate Oreo bars from Cadbury
2 weeks ago
Adare Manor launches a Valentine's Day afternoon tea experience and it sounds incredible
2 weeks ago
The beloved Friends bottomless brunch is finally kicking off in Dublin next month
2 weeks ago
Introducing Milkybar cookie bites, the most delicious treat in all the land
3 weeks ago
The Chili Shack have created a special kind of chicken wings to celebrate World Nutella Day
3 weeks ago
Krispy Kreme has launched three new limited-edition flavours and yeah, we need them all
Next Page