Irish cervical cancer campaigner Lynsey Bennett has shared a video on Instagram which shows how far she has come over the past year.

In her caption, Lynsey explained that the video is "honestly one of the most important" videos she has shared in her life.

END_OF_DOCUMENT_TOKEN_TO_BE_REPLACED

She writes: "My one year still here, totes emosh and beyond grateful looking at that broken devastated girl you see in the first 30 seconds... am so happy that she was right to have hope and the she has far too many pics and videos of her journey and life a year on."

You can watch the video right here.

The video starts with old footage of Lynsey telling the camera that her doctors have described her as "incurable", and that palliative chemotherapy is her only option.

She then shares that she "chose to go a path less travelled", and that she calls that path "hope". 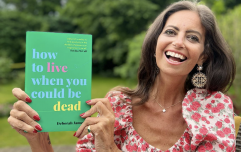 END_OF_DOCUMENT_TOKEN_TO_BE_REPLACED

The footage shows Lynsey reuniting with her two daughters, as she recalls an Audrey Hepburn quote.

The quote is: "Nothing is impossible. The word itself says I'm possible."

Lynsey then reflects on the past 365 days, which she admits were difficult, but sure as hell "worth it".

In the video, she shares numerous photos from the past year, many of which include precious memories with her two daughters, as well as footage from her 33rd birthday. 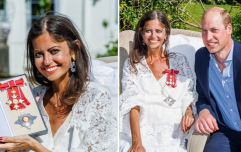 END_OF_DOCUMENT_TOKEN_TO_BE_REPLACED

She ends the clip by saying: "And that is why you should never underestimate the power of hope and gratitude.

Lynsey was one of the many women who were impacted by the Irish Cervcial Cancer scandal. She attended four smear tests between 2010 and 2016, and received a negative result each time. However, after experiencing bleeding in 2017, she was diagnosed with advanced stage cervical cancer. She underwent a hysterectomy, but the cancer returned in 2018.

Just a few weeks ago, she shared that doctors were "gobsmacked" by the progress she has made.