"I wish I had more memories."

Josh Willis, who lost his wife Samantha to Covid-19 last week, has described her as "loving" and "caring" in a touching tribute.

The Derry woman passed away shortly after her baby Eviegrace was delivered. She was also a mum to four year-old Lilyanna. 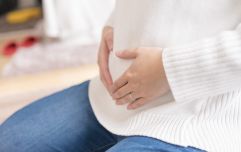 END_OF_DOCUMENT_TOKEN_TO_BE_REPLACED

Initially, Samantha had mild symptoms of Covid-19, but they gradually became worse and she experienced severe breathlessness.

She was soon admitted to hospital where she gave birth. Sadly, she didn't recover from Covid-19 and passed away last week.

He said: "She was texting me before she went back to the ICU and was being really positive, so I just kept that in mind, be positive."

He continued: "Standing at the graveside on Monday, I could hear her telling me, 'That's it, we can't change anything. Move on and sort the children out.'

I never thought I would be writing something like this... 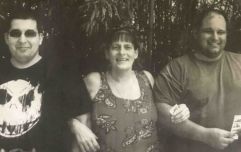 END_OF_DOCUMENT_TOKEN_TO_BE_REPLACED

"She would probably say just leave me here and forget about me. I'm obviously not going to do that, but that's the kind of person she was, putting herself last again.

"I have a lot of memories. I just wish I had more memories. She was loving, caring, a good wife, a good mother. She loved her job. She put everybody before herself."

Mr Willis has since called for the public to get vaccinated against Covid-19.

Samantha found out she was pregnant last Christmas, when the advice for pregnant women was to not get the vaccine. The couple decided that Samantha would get the vaccine once the baby was born. 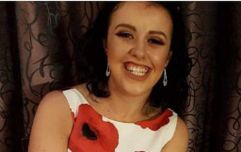 END_OF_DOCUMENT_TOKEN_TO_BE_REPLACED

Mr Willis said: "We thought it wouldn't make a difference, but it made the worst difference."

Josh himself contracted Covid-19, but as he was fully vaccinated, his symptoms were not as severe.

He said: "I lost my taste and smell and that's bad in itself when you're hungry and trying to eat and everything tastes the same, but in the grand scheme of things I would take that the rest of my life, get Samantha back."

popular
Eoghan McDermott is set to be replaced by another Irish comedian on Love Island Australia
Fashion detox: All you need for the perfect wardrobe is 37 items of clothing
Katie Price's family release statement after her reported arrest for drink-driving
Andrew McGinley praised for strength after cruel Twitter comment
Brian Laundrie's family issue statement as search due to be scaled back
You can now get Percy Pig hooded blankets - and we need them
TikTok star Gabriel Salazar dies aged 19, say friends and family
You may also like
1 week ago
These are the restrictions being lifted today
1 week ago
Everything you need to know about the pilot nightclub event
1 week ago
Strictly in chaos as dancer tests positive days before launch
2 weeks ago
4-year-old girl dies from Covid day after showing symptoms, says mother
3 weeks ago
Here's the full list of restrictions lifted today in Ireland
3 weeks ago
Kate Garraway's husband sleeps '20 hours a day' with long Covid
Next Page