"Judas, You Are Scum" - The Apostles' WhatsApp Group

The Apostles would've been ALL OVER WhatsApp.

I'm going to go ahead and call bullshit on some blatant lies that are in the Bible. I firmly dispute the following:

Regardless, let's entertain these lies for the sake of what follows.

Here's what I believe Jesus and The Apostles' WhatsApp group would've looked like. 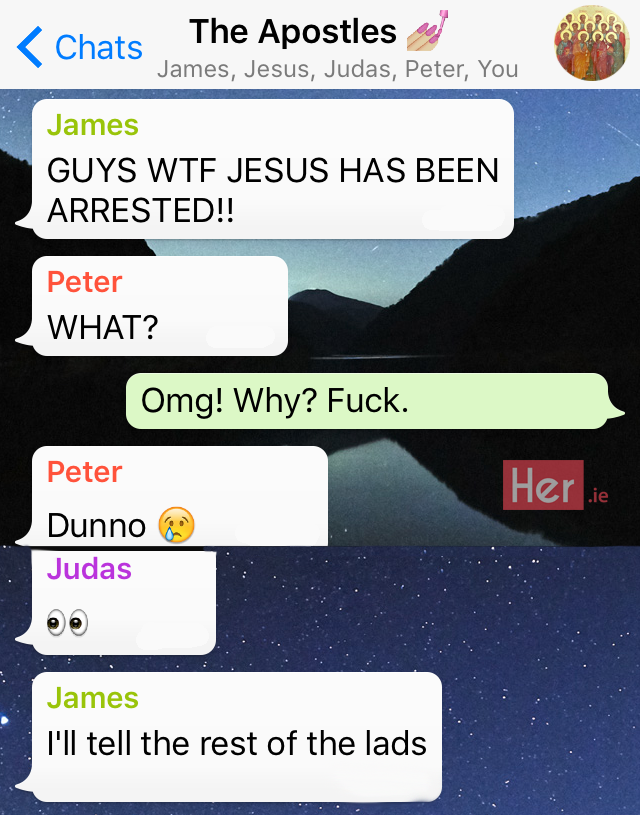 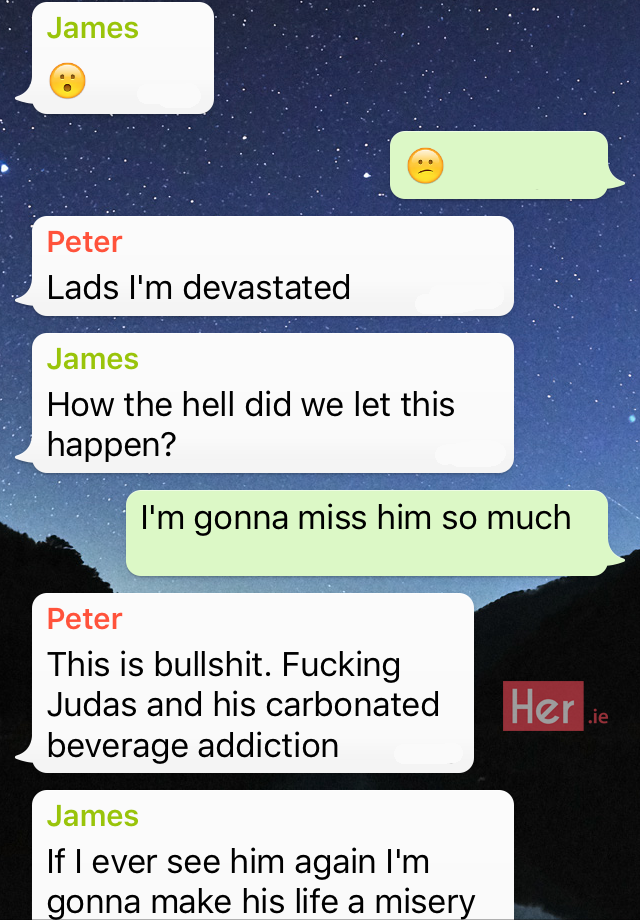 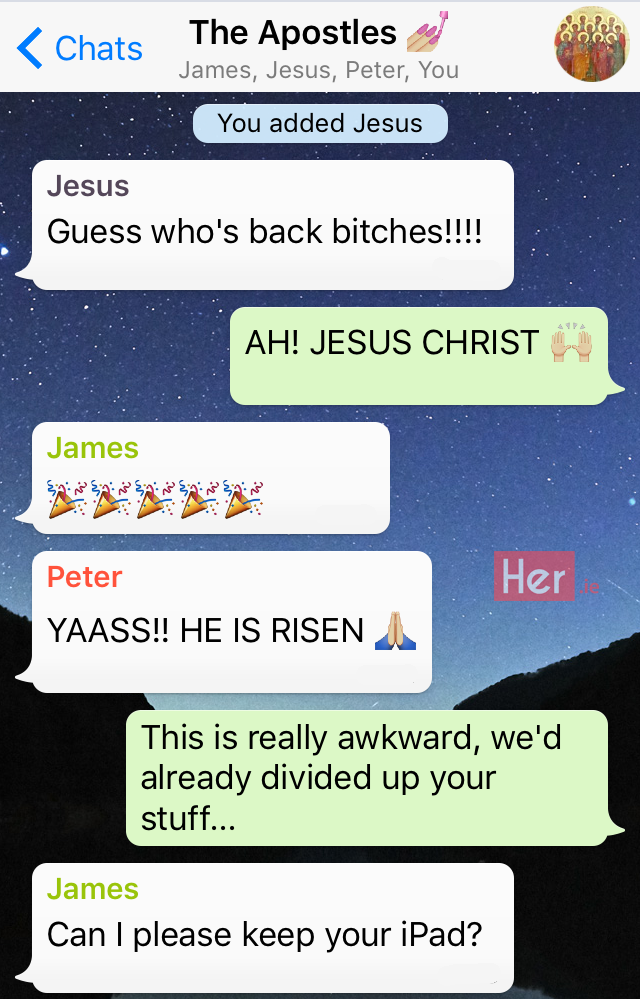 popular
Bruno Mars has just announced an Irish concert date
Someone has ranked the penis size of men from all over the world
Met Éireann issue snow warning as we are due another big freeze
The latest TikTok beauty trend is drawing on under-eye bags to look tired
Award winning Irish film about conversion therapy debuting this weekend
Here's what happens on every day of your menstrual cycle (roughly)
Dad designs bikini line for transgender teens
You may also like
2 months ago
Dublin Airport had brilliant response to Wild Mountain Thyme
8 months ago
Lisa McGee's Tweets about the Derry Girls' favourite movies are pretty much perfect
11 months ago
Hugh Grant truly is Daniel Cleaver after last night's Bridget Jones joke at the BAFTAs
1 year ago
8 things that happen in EVERY Irish household on Christmas Day
1 year ago
WATCH: We tried eggnog for the first time and have some very important thoughts
1 year ago
Remember the Toy Show's JohnJoe Brennan? He's going to be on RTÉ One tomorrow night
Next Page