The bride who scared the internet senseless over the weekend with a letter to her future husband's ex has responded to the furore.

Over the weekend the letter, in which a bride gloats to the girl her husband went out with in high school, did the rounds on the internet and earned the writer a fair bit of scorn.

Lines from the letter, published by Missouri State University newspaper The Odyssey under the headline You May Have Worn The Prom Dress With Him, But I Get To Wear The Wedding Dress, include:

"He is mine now, and I get to cherish him forever."

"I am sure you had fun choosing his matching tux to your dress."

"I am getting to match his tux with our wedding colours."

Now the bride in question, 22-year-old Victoria Higgins, has spoken out about the letter going viral, revealing that she's had death threats 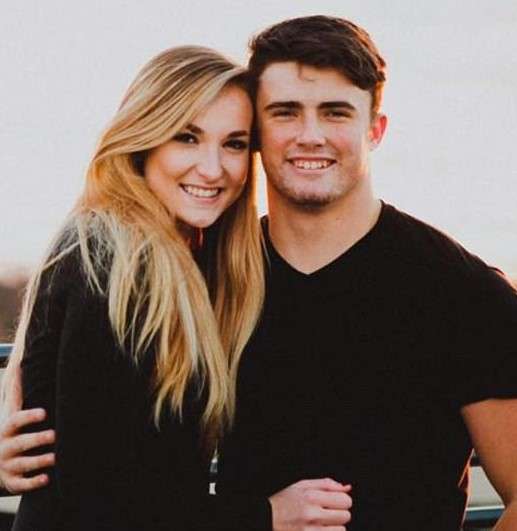 END_OF_DOCUMENT_TOKEN_TO_BE_REPLACED

"He (her fiancé Brandon) has been getting a lot of messages saying he needs to leave me and that I should be alone forever," Victoria told The Daily Mail.

'I’ve been getting messages telling me this if I’m so jealous and psycho that I should kill myself, or that I will have a sad miserable life and I need to check into a psych ward."

She said the piece wasn't directed at a single girl, rather it stemmed from a conversation with friends about how they wished they'd known their boyfriends at a younger age.

"That’s where the article came from. It was written in about 20 minutes for the deadline."

The couple plan to go ahead with their nuptials next month, she said.

popular
Here's what happens on every day of your menstrual cycle (roughly)
QUIZ: Can you name all 32 counties in Ireland in under 4 minutes?
10 Dublin restaurants with outdoor areas we'll be hitting up for the next 3 weeks
How to INSTANTLY unblock your stuffy nose (we swear this works)
Someone has ranked the penis size of men from all over the world
Tried and tested: 3 sheet masks that seriously impressed me
The Queen has banned Meghan Markle from wearing any of Princess Diana's jewellery
You may also like
1 week ago
"Cancel Netflix" trending after new movie that "sexualises children"
3 months ago
Here's how to make a vegan 'fried egg', according to an Australian food blogger
4 months ago
Kids have been applying to 'work from home' with their dogs during lockdown and nah, too much
6 months ago
The Duchess of Cambridge has revealed Prince Louis' favourite song (and it's a classic)
7 months ago
A postpartum ad has been banned from the Oscars this year
7 months ago
The internet is bursting with beautiful tributes to #girldads and it's all thanks to Kobe Bryant
Next Page