Vicky recently shared that she is receiving palliative care.

Christy Moore, Mario Rosenstock and the families who benefited from the Late Late Toy Show Appeal will also be swinging by. 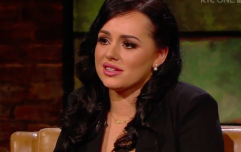 END_OF_DOCUMENT_TOKEN_TO_BE_REPLACED

On top of that, the show will feature a musical tribute to Queen's Freddie Mercury.

Vicky Phelan is one of the many women who were impacted by Ireland's cervical cancer scandal. She underwent a smear test in 2011 which showed no abnormalities. However, in 2014, she was diagnosed with cervical cancer. An internal CervicalCheck review determined that the initial result given to Vicky in 2011 was incorrect. However, Vicky was not told this until 2017.

Over the past few years, Vicky has been sharing her experience of living with cancer on social media.

Most recently, she revealed that she made the decision to stop chemotherapy after one dose on 18 October.

Vicky is now receiving palliative care and is focusing on quality of life. After receiving her second dose of the drug Pembro, she said she now feels "very well". 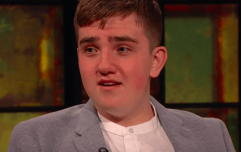 END_OF_DOCUMENT_TOKEN_TO_BE_REPLACED

"I made the decision to stop chemotherapy after my first dose on October 18. I was horrendously ill for almost two full weeks and I decided that I have had enough of putting my body through torture. At this stage, my treatment is palliative anyway. There is nothing else that can be done medically."

She added: "And so, I decided that, for me, quality of life is far more important to me now than quantity of life if the extra time that I might get means that I have to go through hell for 2-3 weeks every month."