Amy Schumer just demonstrated how to put on socks while pregnant, and we're LAUGHING

Amy Schumer has had a pretty intense pregnancy, in fairness.

She has suffered badly with morning sickness, and has been put on bed rest a number of times. 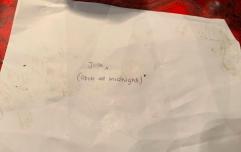 END_OF_DOCUMENT_TOKEN_TO_BE_REPLACED

One thing we love though, is how open she's been about her pregnancy.

The comedian has documented her time through social media, and we've laughed a lot.

Recently, Amy made a sort of "how to" video, demonstrating how to put socks on when heavily pregnant.

Amy uploaded the video to her instagram feed, where she said:

"If you’re pregnant, like I am, and you wanna put your socks on — it’s easy."

"First, the left foot. Okay, a little discomfort, but not really a problem."

"And then the right foot. Oh, it’s easy. You just put your toe in." 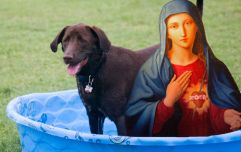 END_OF_DOCUMENT_TOKEN_TO_BE_REPLACED

"Okay, then you try it from behind, and hook your toe. Then you just…kind of slowly…will the sock up your foot. And that’s pregnant."

And as you can imagine, fans were obsessed, commenting in their thousands.

"What's sad is that I do that now and Im not pregnant," wrote one fan.

Another commented, saying: "That was my husband’s job from 30 weeks on."

"I tell all my newly pregnant friends that it’s not that you can’t see your feet. It’s that you have no idea what’s going on “down there”. It’s a jungle down there and you have no idea! Can’t see it!" said another.

popular
Traditional names such as Mary, Maureen, John and Michael may soon be extinct
Kylie Jenner fans are convinced she just announced her son's name
The 2 Johnnies share unbelievable catfish ordeal as woman 'targets 40 people'
Kevin Spacey charged with four counts of sexual assault against three men
Pink just announced she was pregnant in gorgeous image
This is how much Kourtney and Travis' wedding cost
Why Are Men so Obsessed With Boobs? The Answer is Pretty Surprising...
You may also like
3 weeks ago
Vogue Williams on pressure to 'snap back' after third child
1 month ago
Vogue Williams wants you to keep your parenting opinions "up your own a**ehole"
1 month ago
Caitríona Perry confirms she's expecting her second child
1 month ago
Charlotte Crosby is pregnant with her first child
1 month ago
Britney's fiancé Sam Asghari says fatherhood will be "the most important job"
1 month ago
Woman shares incredible footage of her baby bump dropping during gym sesh
Next Page