There's nothing as enjoyable as heading abroad and being forced to alter your name to something more easily pronounced so they locals can understand it.

As we've seen previously, female Irish names are both stunning and insightful. But what about the males?

Here's what your (male) Irish name says about you. 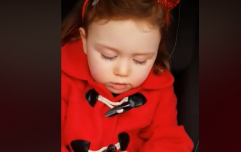 END_OF_DOCUMENT_TOKEN_TO_BE_REPLACED

A big fan of the outdoors, Eamonn loves nothing more than an adventure holiday with the lads. He, as the name suggests, is a big fan of using bows and arrows because it allows him to show off his excellent aiming skills. Eamonn's favourite word is 'Dev', which he uses to describe any situation that leads him to feeling unhappy.  Guys called Eamonn are usually very caring and sound.

You'll soon feel like a grump around Cian because his enthusiasm for life is unparalleled. He bounces out of the bed every morning like Kay Burley during a terrorist attack. He's keen to keep others happy, sometimes to the point of irritation, but you can't stay mad at him for long! Cian's favourite past time is denying any involvement in drugging Olympic horses. Guys called Cian are usually very caring and sound. 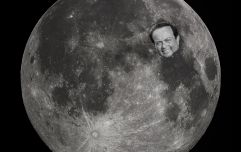 END_OF_DOCUMENT_TOKEN_TO_BE_REPLACED

Good luck getting approval on anything from Séamus because he's a tough man to please. He's a pioneer and not a huge fan of anything that even slightly resembles fun. It seems Séamus' sole purpose in life is to instil shame onto us all for our deeply sinful ways. He enjoys writing poetry and feeling better than everyone else. Guys called Séamus are usually very caring and sound. 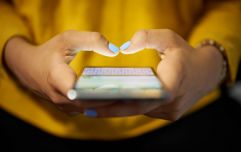 END_OF_DOCUMENT_TOKEN_TO_BE_REPLACED

This gentleman is quite an introvert and, to call a spade a spade, isn't a huge fan of people. You'll regularly find Eoin taking part in personal activities such as crossword, reading, sudokus and solitaire. Basically, he likes to be left to his own devices and isn't concerned with being a socialite. Eoin's favourite thing to do is write compelling haikus and listen to the radio. Guys called Eoin are usually very caring and sound.

If you wrong Killian, he will not forget it. He's known to hold a grudge from as far back as primary school and will not let it slip for the rest of his days. A mysterious soul, it's quite possible that he's killed a man (named Ian) in the past as an extreme form of revenge for being wronged. In his spare time, he likes to act and DJ on the side. Guys called Killian are usually very caring and sound.

A ladies man and always on the prowl, Fergal's life efforts are geared towards impressing girls. From a young age, he's had a string of relationships that have always been deemed 'the love of his life', only to end days and sometimes hours later. Everything he's ever done has been for a gal. Will he ever settle down and commit to just one lady? Only time will tell for guys called Fergal, who are usually very caring and sound.

Malachy (bear with me on this one) was actually born in France, but has both a French and Irish passport, so we'll allow it. He's obsessed with technology and a total nerd. He believes that the future holds great things in terms of technological advancements he is sick ('mal' in French) of keys, cards, swipes and the likes. He won't be happy until we are microchipped and have to carry nothing on a night out. Guys called Malachy are usually very caring and sound.

A big fan of renovations, Micheál is always doing up his house, garden and lifestyle. You'll regularly hear him saying 'Me hall is nearly done, then we're starting on the kitchen', as he moves houses yearly to spruce them up and sell them on. He loves politics but can't stand Fine Gael for some reason. Guys called Micheál are usually very caring and sound.

popular
A celebrity hairstylist just shared a genius hack for the perfect messy bun
16 and Pregnant star Jordan Cashmyer dies aged 26
Here are all the Instagram accounts of the stars of Netflix's Cheer
Coming to terms with the fact that you're a Charlotte
Irish in Sydney shaken by Ashling Murphy murder
Here is everything we know about the Desperate Housewives reboot
Dancing on Ice professional Sean Rice dies at 49
You may also like
1 month ago
Tributes pour in for Irishman who died days before returning from Australia
4 months ago
Irish woman dies after being found in Berlin club
6 months ago
Louise O'Reilly: "There can never be enough diversity, but it needs to be genuine"
8 months ago
Irish collective release new female empowerment pop anthem
9 months ago
Almost 40% of Leaving Cert students have chosen not to sit the Irish exam this year
10 months ago
Neon knit of dreams: These Irish handmade pieces offer an alternative to fast fashion
Next Page