What's the last thing you expect to see when you're using a public bathroom?

There are a lot of answers to the above question - but one of the top answers surely has to be a young child crawling under your stall door to ask you to help him wash his hands.

Yeah. It's definitely up there anyway.

END_OF_DOCUMENT_TOKEN_TO_BE_REPLACED

You may be thinking that this scenario has probably never happened to anybody before - after all, it seems pretty far-fetched.

Except it did happen to one guy... and he got it on video and all.

Twitter user Drew was hanging out in a Chick-Fil-A using the bathroom (and that's all the detail we'll go into about that) when, to his surprise, he was visited by a young boy.

The boy in question climbed under Drew's bathroom stall and started asking him to help him wash his hands. 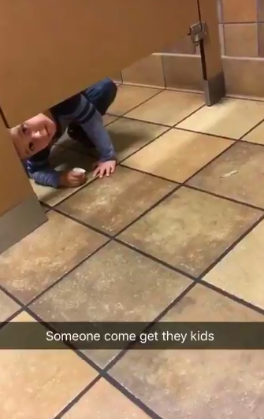 Drew, as portrayed in the video, was sitting on the toilet at the time. 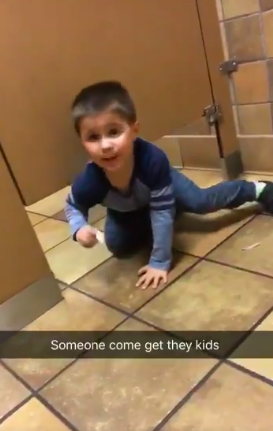 Drew, in fairness to him, handled the situation absolutely brilliantly... and far better than we would have done, to be honest. 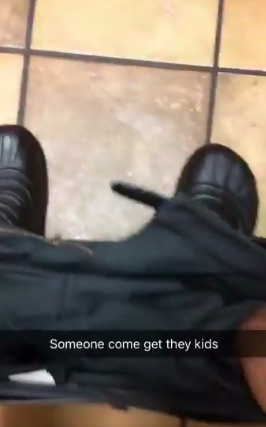 The story only got better after Drew shared his video on Twitter too as the dad of the little boy came forward to say that that was his son and that he was very sorry for the "intrusion."

Hey, Drew. That’s my boy. I’m terribly sorry for the intrusion. He’s very, very friendly, sometimes a bit too much. You handled it extremely well. Thanks for being kind to him. I truly appreciate your understanding and sense of humor about this!

Drew then responded and said that Len had no need to apologise.

"No no Mr. Stevens it’s ok he was just doing what kids do," he wrote. "I’m sure I did the same thing back in the day. You got a good kid he seems fearless and defiantly outgoing."

It remains to be seen as to as to whether Len's son has fearlessly crawled under anymore bathroom stalls.

We can only hope not.

popular
Irish girls name was the most used Irish name in the United States last year
Love Island fans want Ekin-Su's family to get a reality show following Aftersun appearance
Aer Lingus apologises for multiple cancelled flights to and from Dublin Airport
Vicky Phelan "holding her own" as she shares health update
5 simple ways to build a more positive mindset, according to an Irish therapist
At least 20 teenagers found dead in South African nightclub
Woman saved from hostage situation after leaving note on food delivery order
You may also like
6 days ago
Mass in Mayo church goes viral after spooky incident happens over livestream
2 weeks ago
People on TikTok are making 'healthy Coke' with just two ingredients
3 weeks ago
What the heck is #Swedengate – and do Swedish people really not feed their guests?
1 month ago
A couple in India has sued their son for over €600,000 for not giving them a grandchild
1 month ago
Woman shares genius hack for making any bra backless
1 month ago
Bride and groom praised for interesting way they decided on surname
Next Page