Woman pretends to fart in gym, man stops flirting with her

A woman who pretended to fart in the gym to get a man to leave her alone has been praised online for her creativity.

The unknown woman was working out in a gym with her friend when a man approached the pair.

According to a witness, the man had "flirtatious eyebrows at the ready."

Once the man began approaching the two women, one of them told him to stop where he was because she had "just farted."

The woman also added that the fart was "bad."

*guy approaches two women working out, with flirtatious eyebrows at the ready*

Girl 1: UH you might not want to come over here, dude. I just farted. It’s bad.

Girl 2: omg did you really?

The man in question looked "horrified" and fled the scene.

One of the women asked the other if she had indeed farted. The woman responded that she had not.

The incident was documented by Twitter user, Olivia A. Cole, who praised the faux-farter for her creativity and finesse.

Olivia also added that the woman looked about 21-years-old, which only added to the impression she made on her. 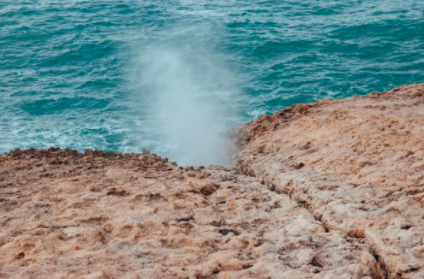 Olivia's tweet has been retweeted over 23,000 times and already received almost 135,000 likes.

Other users were only delighted by it and took it upon themselves to announce that the woman was "a hero."

I'm SO doing this. Had guy approach me to tell me my form was "off" & if I did it his way, I'd also be working my abs to lose my belly. I held out my dumbbell & he nearly fell over taking it. He left it on floor & I said, "I'm pregnant. I lift everyday." Haven't seen him since.

popular
Dad designs bikini line for transgender teens
Where are they now? The men of Sex & The City
REVIEW: 'Pilgrim Hill' - A Lonely Life in Rural Ireland
Someone has ranked the penis size of men from all over the world
Award winning Irish film about conversion therapy debuting this weekend
Here's what happens on every day of your menstrual cycle (roughly)
Kate Middleton has addressed the rumours that she's pregnant with her fourth child
You may also like
6 days ago
Here's how to do the genius TikTok wrap hack that everyone's going mad for
2 months ago
Baby Shark has just become the most watched YouTube video EVER
3 months ago
Forget coffee – whipped strawberry milk the new viral drink trend your life needs
4 months ago
"Cancel Netflix" trending after new movie that "sexualises children"
6 months ago
Quarantine Barbie: She exists and she's far too real
7 months ago
Here's how to make a vegan 'fried egg', according to an Australian food blogger
Next Page