Zhang Zhan will spend four years in a Chinese jail.

Chinese citizen journalist Zhang Zhan has been found guilty of "picking quarrels and provoking trouble" and will serve four years in prison.

Her only crime is reporting on the coronavirus outbreak in the city of Wuhan. 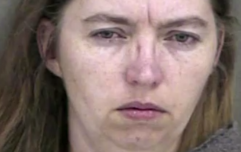 END_OF_DOCUMENT_TOKEN_TO_BE_REPLACED

37-year-old Zhang is the first person known to have been tried for revealing the bleak picture in the central Chinese city - contradicting the country's official narrative about the impact of the pandemic.

She has been on hunger strike since June and is reportedly being fed through a nasal tube. It's understood Zhang has also been tortured during her detention, with her legs shackled and hands bound 24 hours a day for three months.

China does not have a free press and has punitively clamped down on any who are deemed to have undermined the state and its response.

Ren Quanniu, one of her lawyers, told news agency AFP: "Zhang Zhan looked devastated when the sentence was announced."

"We will probably appeal," he added.

A spokesperson for Amnesty International said: "There are grave fears for Zhang Zhan’s health. She is being forcibly fed by officials since starting a hunger strike in June. She has also been tortured in detention, with her legs shackled and her hands bound 24 hours a day for more than three months.

"Unless China can produce sufficient credible and admissible evidence that Zhang Zhan has committed an internationally recognised offence, she should be released."

"Citizen journalists like Zhang Zhan were the primary, if not only, source of uncensored first-hand information during the early days of COVID-19. China must stop persecuting journalists and other individuals merely for reporting the truth."

Girls With Goals || Her · Ep.151: 'A Story Shared' - Aoife P. Rafter on blogging during a pandemic and living with CF
popular
Netflix announces new true crime documentary series: The Vanishing At The Cecil Hotel
Here's what will happen in Bridgerton season 2 - if Netfix goes by the books
QUIZ: How well do you remember these minor characters from Friends?
Someone has ranked the penis size of men from all over the world
When will lockdown end in Ireland?
QUIZ: How well do you really remember the first episode of Grey's Anatomy?
Science says this is how many dates you have to go on before you find 'The One'
You may also like
3 days ago
Armie Hammer drops out of Jennifer Lopez film amid social media controversy
1 week ago
"No one involved" in Nóra Quoirin's death, says Malaysian inquest
2 weeks ago
US broadcaster Larry King, 87, hospitalised with Covid-19
3 weeks ago
Three police officers shot dead in France
1 month ago
Donegal woman who lost family in crash urges people to "cherish life"
1 month ago
Daisy Coleman's mother, Melinda Coleman, has passed away
Next Page