"I'm a legal stranger to this child."

Earlier this year, the Civil Registration Bill 2019 was signed into law.

An amendment to 2004's Civil Registration Act, the new law gave some female LGBT parents the right to include both of their names on their child's birth certificate. 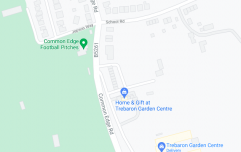 END_OF_DOCUMENT_TOKEN_TO_BE_REPLACED

However, the law - as well as the provisions present in 2015's Children and Families Act that have been delayed consistently - are not all encompassing.

For many LGBT couples living in Ireland, achieving legal recognition as their child's parent remains an issue.

One of those people is Sarah McDevitt. A mother of two, she shares her two sons with her wife of four years, Geraldine.

Despite this, Sarah and Geraldine each only have legal rights over one of their children.

"At the minute, I am a single parent on Lochlan’s birth cert," she says. "Which means that Geraldine, who am I married to, has no rights to our son and is a legal stranger to him."

"The same applies for Grayson, I have no legal rights over Grayson." 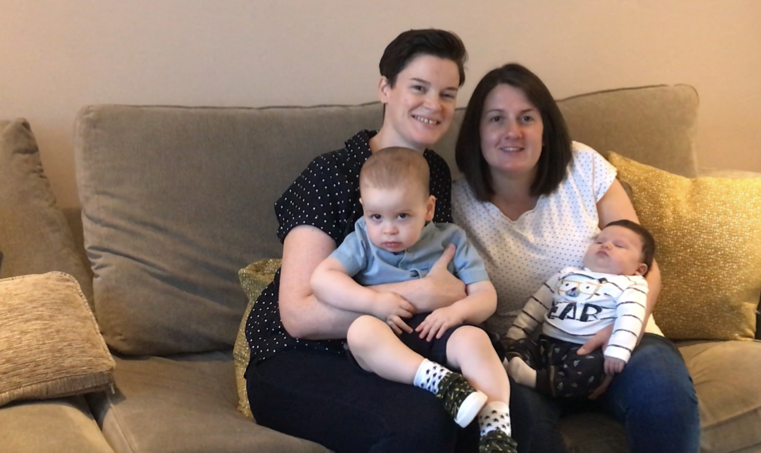 END_OF_DOCUMENT_TOKEN_TO_BE_REPLACED

This lack of legislation for same-sex parents affects legal documentation, passport applications, and consent forms. It also means that oftentimes, taking a child to the doctor can become a legal minefield.

"Technically, you can’t make medical decisions for a child that’s not biologically yours," says Sarah.

"It also affects traveling because in order to get passports for the children we would need to declare that one of us did not exist - something we refuse to do. But some people have had to do it because they have a necessity to travel." 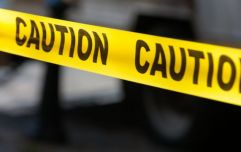 Seven dead following shooting at birthday party in US

END_OF_DOCUMENT_TOKEN_TO_BE_REPLACED

Just eight days old, the campaign was started by same-sex parents who are tired of waiting for their children's legal rights to be recognised.

Today, members of the group met with Minster for Health Simon Harris to discuss the law's shortcomings and the discrimination that the so many LGBT couples - and by extension their children - continue to face.

"You’re bringing these children into your life because you want them," says Sarah.

"When the Family and Relationships Bill does come in eventually, we will be covered. But a lot of families won’t be because they haven’t prescribed to the government's very narrow focus of what a family is allowed to be."

Once the Bill is enacted - after much delay - a number of same-sex couples will be afforded the right to change their children's birth certificates to reflect their parental rights.

However, a lot of them - couples who may have undergone reciprocal IVF or conceived abroad - won't.

One of them is Ranae von Meding, a mother of two who shares daughters - Arya and Ava - with her wife, Audrey Rooney. 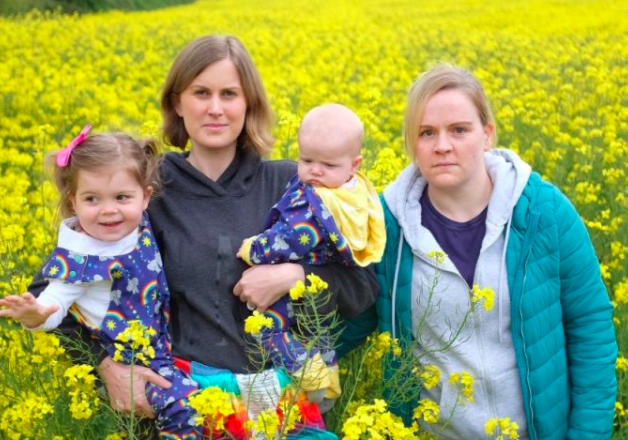 Heading today's demonstration outside of the Department of Health prior to the meeting with Minister Harris, Ranae tells the crowd that the upcoming legislation only benefits couples who have conceived their children "in a certain way."

"There are so many ways for LGBTQ+ couples to start their families.

"One of our main goals at Equality for Children is to ensure that no matter your path to parenthood, your children will be safe and protected and have a legal connection to their parents."

Despite this, only Ranae is their legal parent because she carried them. Audrey may also be their biological mother, but she has no legal connection to her daughters.

This is an issue that will not be addressed in the upcoming legislation. Rather, it means that while some of the LGBT community will be afforded their parental rights, others will be left behind.

Gearoid Kenny Moore is a stay-at-home dad with two children, one boy and one girl.

Gearoid points to the day-to-day problems arising from his current legal status as a parent - his inability to enrol his son in school, sign consent forms, or even take him to the doctor.

"The reality is if our little son, who isn’t my biological child, was to need a medical procedure, I don’t have any right to bring him to that procedure," he says.

"My husband travels a lot for work and I’m at home, so if anything were to happen to our son while he’s away, I’m exposed completely because I’m a legal stranger to this child.

"The law recognises all the people in [my husband's] family as being more important, despite the fact that I parent my son on a 24/7 basis." 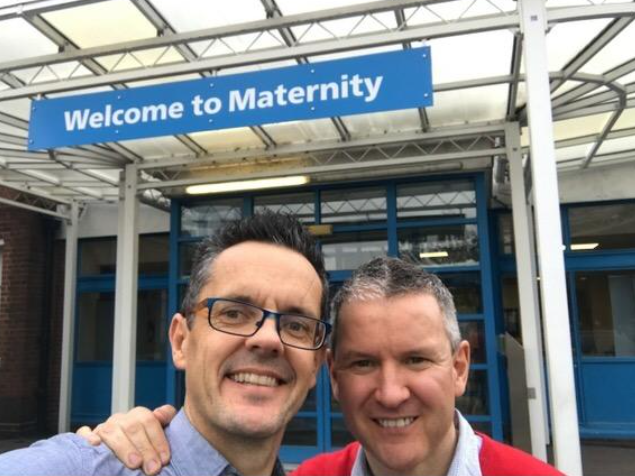 Gearoid says that although today is an important step forward, he is aware that the road for full equality for same-sex parents is likely to be a long one.

Even when the new legislation is enacted, it won't apply to families like his - those who conceived using a surrogate outside of Ireland.

"It's deeply upsetting, genuinely," he says. "I live in suburbia, I live in a row of semi-detached houses, it's full of young children out playing on the green."

"I look at our children and I think that they are as good as any child on that green. Being a biased parent I probably think they’re even better.

"But I just get really upset and offended because I can’t actually care for the child to the full extent that the families next door to me can. It just doesn’t feel like equality to me. And that never feels right."

A non-biological mother to two children - eight-year-old Caodhan and four-year-old Senan - she is currently a legal stranger to her kids.

"I feel invisible," she says. "We have an amazing family and a great community."

"We’ve known nothing but acceptance and love and that’s fantastic, but there’s 50 percent of me that’s aware that I’m not recognised as my children's parent."

Having conceived through Dublin's Sims Clinic, Elaine and her wife Lucille will be covered by the new legislation, however, she says that this is only "down to sheer luck."

"We ticked the right box at the right time," she says. "If we were to have a third child in the same way we had the first two, that child would not be covered and it would leave us back at square one."

"We have two beautiful boys who have two parents and the idea of having to fight for that recognition is absurd.

"It's crazy that we have families out there left in limbo with uncertainty around who can sign for something, or approve something, or dictate care." 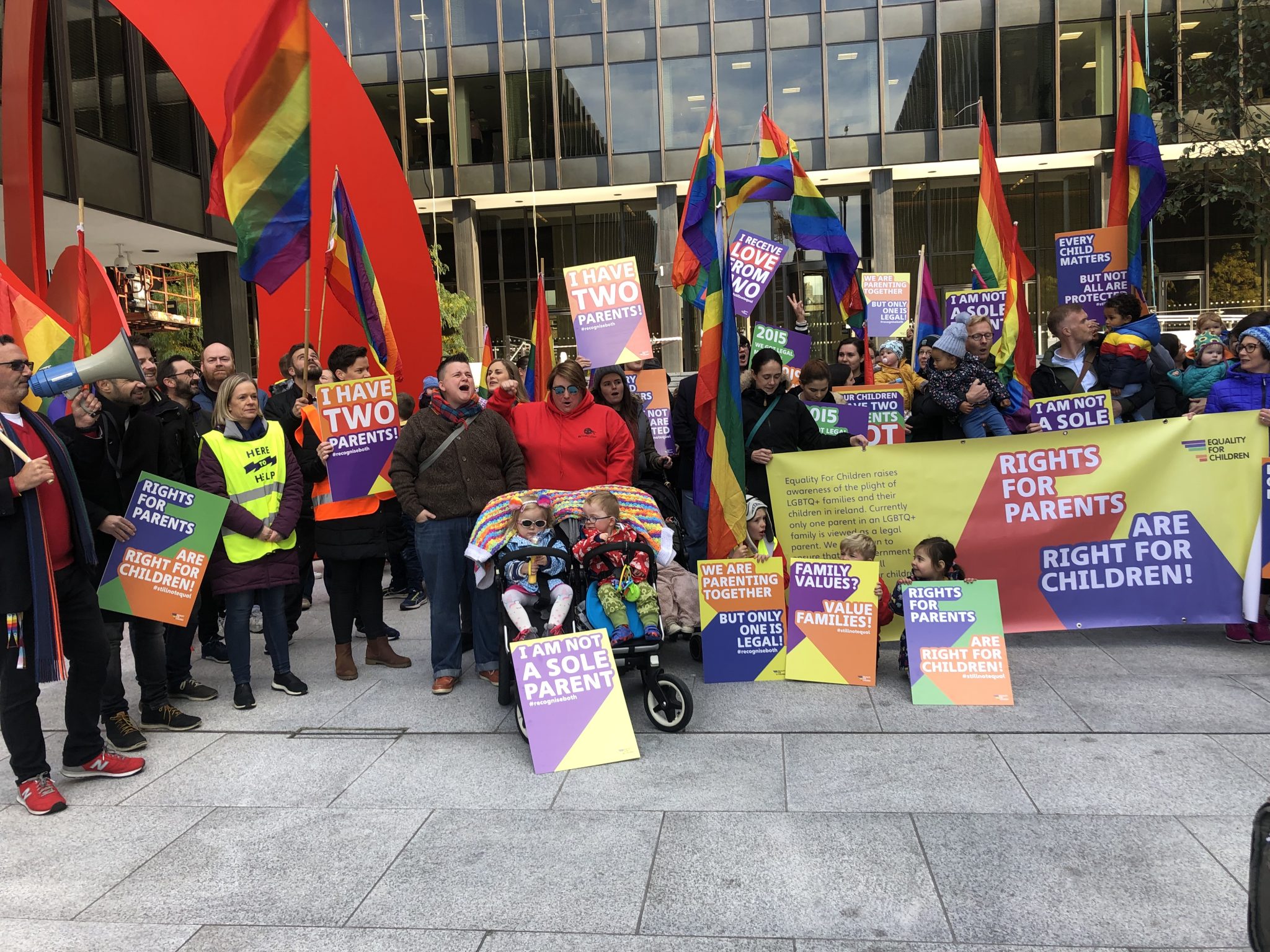 A past court case meant that Elaine was successfully appointed guardian and custodian of her children.

Despite this, she has still had to sit in a waiting room while her wife signs an affidavit declaring herself a sole parent just to get passports for their children.

She has still had to explain to friends and family that she can't technically consent for a vaccination, even though her own GP would never deny her care.

She has still had to lie on paper, and pretend that she doesn't exist, just to ensure that her sons can live their lives.

"That’s just wrong," she says. "I shouldn’t be worried that if I take my child to the doctor, that they're going to deny them care, it's outrageous.

"I've been in that child’s life since before that child existed. Since when we went to a clinic and thought about having a baby.

"There shouldn’t still be this shadow of doubt."

You can find out more about the Equality for Children campaign here, or donate to the group's GoFundMe, here.

Girls With Goals || Her · Ep.161: Feeling Peachy - Sharon Keegan of Peachylean on being an absolute BOSS!
popular
Harry Styles accepts BRIT for Best British Single - with American accent
Woman buys 148 year old house, goes viral after finding secret passage way
Penneys issues statement after shoppers try to sell appointments for €100
Is that Seth Rogen without a beard?
9 Dublin restaurants with outdoor dining we've already booked a table for
Suzanne Jackson relocates to Portugal with husband Dylan
More footage of Tristan Thompson cheating on Khloe has emerged
You may also like
2 days ago
Penneys officially reopens for shopping by appointment
3 days ago
These 14 Dublin attractions are opening their doors again next week
3 days ago
"Our best friend and loyal companion" – Barack and Michelle Obama's dog, Bo, has died
4 days ago
John Barrowman apologises for "tomfoolery" after exposure claims on Doctor Who set
6 days ago
Gardaí receiving "conspiracy theory" calls to Covid breach hotline
6 days ago
15-year-old boy charged with murder of woman in Dublin
Next Page