The European Parliament has voted overwhelmingly in favour of banning all single-use plastic by 2021.

560 MEPs voted in favour of the agreement on Wednesday with 35 voting against and 28 abstaining.

END_OF_DOCUMENT_TOKEN_TO_BE_REPLACED

The move hopes to encourage more recycling and the use of more sustainable products across the EU.

Members states are also expected to achieve a 90 percent collection target for plastic bottles by 2029. By 2025, plastic bottles will have to contain at least 25 percent recycled material and 30 percent by 2030.

According to the European Commission, up to 80 percent of marine little is plastic.

All of the products included in the 2021 single-use ban makes up 70 percent of this litter because of its slow rate of decomposition. 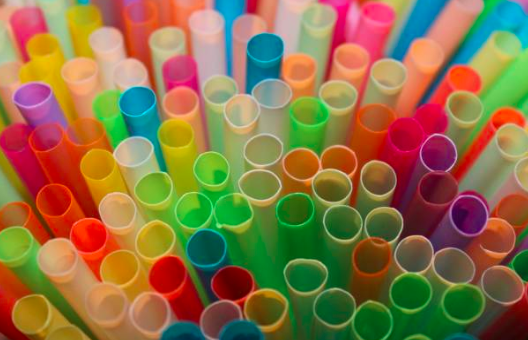 END_OF_DOCUMENT_TOKEN_TO_BE_REPLACED

“This legislation will reduce the environmental damage bill by €22 billion - the estimated cost of plastic pollution in Europe until 2030," said lead MEP Frédérique Ries.

"Europe now has a legislative model to defend and promote at international level, given the global nature of the issue of marine pollution involving plastics. This is essential for the planet.”

The full list of items that will be banned in the EU from 2021 is:

END_OF_DOCUMENT_TOKEN_TO_BE_REPLACED

This comes just a few months after an upsetting image of a seal with a plastic bag stuck on its head led to a fresh call for an all-out ban on the product.

The seal was swimming in the bag at Brixham Harbour in Devon, England for 15 minutes before it managed to free itself.

popular
Wagatha Christie: Rebekah Vardy storms out of court just 30 minutes into final day
Claire Byrne Live viewers in shock as woman shares family DNA secret
Only a matter of time before monkeypox spreads to Ireland, says expert
Everything we know so far about Kourtney and Travis's Italian wedding
Comfy and cute: 10 sandals to pack in your holiday suitcase this summer
Surprise! Ed Sheeran announces he and wife Cherry have welcomed baby #2
Helen McCrory's children give heartbreaking tributes at her memorial service
You may also like
2 days ago
Gardaí investigating alleged assault on teenage girl in Sutton
3 days ago
Passengers warned that Dublin Airport situation is simply "unpredictable"
3 days ago
Lesbian couple attacked in Dublin thank public for support
4 days ago
Conservative MP arrested for rape and sexual assault released on bail
1 week ago
Gardaí appeal for witnesses following serious assault on man in Tallaght
1 week ago
A couple in India has sued their son for over €600,000 for not giving them a grandchild
Next Page