The social media beast has revised own its estimation of how many people's data was accessed.

The social media company said the FBI requested it not publicly reveal the source of the attack, but it published a link allowing users to see if they are affected.

"We have not ruled out the possibility of smaller-scale attacks, which we’re continuing to investigate.

"Of the 50 million people whose access tokens we believed were affected, about 30 million actually had their tokens stolen.

"As we look for other ways the people behind this attack used Facebook, as well as the possibility of smaller-scale attacks, we’ll continue to co-operate with the FBI, the US Federal Trade Commission, Irish Data Protection Commission, and other authorities." 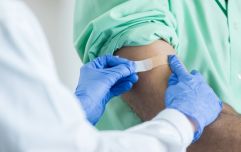 END_OF_DOCUMENT_TOKEN_TO_BE_REPLACED

The European Commission tweeted: "Today’s update from Facebook is significant now that it is confirmed that the data of millions of users was taken by the perpetrators of the attack.

"[The] investigation into the breach and Facebook’s compliance with its obligations under GDPR continues."

popular
WATCH: Paul Mescal and Daisy Edgar Jones's first Normal People audition is stunning
The shows and movies you need to watch before they leave Netflix next month
Government vote to seal mother and baby home records for the next 30 years
Dublin TikTok house deny staging dance with couple having sex behind them
Trolls target Emma Willis' eight-year-old son over pink clothes and long hair
Here's what happens on every day of your menstrual cycle (roughly)
'I had to travel light': Adele jokes about weight loss in SNL appearance
You may also like
3 days ago
Facebook launches new dating service in Ireland
10 months ago
The most talked about moments on Facebook in Ireland this year have been revealed
1 year ago
Facebook to start hiding the number of Likes beneath posts
1 year ago
Facebook fundraisers have raised over €1.8 billion worldwide, figures show
1 year ago
It looks like Facebook are planning on hiding their like counts
1 year ago
Mums-to-be advised to use comb during childbirth to try and ease labour pains
Next Page