“He was so proud of being Irish."

The family of Fox News cameraman Pierre Zakrzewski, who was killed in Ukraine on Tuesday, said they have been on "autopilot" since hearing about his death.

Pierre had been working with news correspondent Benjamin Hall on Monday, reporting on the war, when their vehicle "was struck by incoming fire".

Hall was hospitalised with injuries but tragically, Pierre passed away.

His brothers, Greg Zakrzewski and Nick Zakrzewski told Today With Claire Byrne that they were devastated by the news.

"He was so proud to be Irish."
Nick and Greg, the brothers of Irish cameraman Pierre Zakrzewski, who was killed outside Kyiv in #Ukraine, spoke to @TodaywithClaire about his work and how he went above and beyond for people on the ground.
RIP Pierre. https://t.co/TWGtnyN8gK pic.twitter.com/FbijS8w2De

END_OF_DOCUMENT_TOKEN_TO_BE_REPLACED

“First of all, we’re on autopilot, like we haven’t processed anything," Greg said.

"Tuesday morning at around 11 o’clock our sister called us from London to say listen he’s been missing for 12 hours so that’s very bad.

“I think it was confirmed by about one or two o’clock that they found Pierre’s body in a local morgue. So, between two o’clock and now we haven’t processed anything.”

Nick said that the past 48 hours have been a rollercoaster for the family.

END_OF_DOCUMENT_TOKEN_TO_BE_REPLACED

"Just the messages coming in, the memories of everyone coming in and the condolences coming in from everyone, it’s been a real rollercoaster.”

Paying tribute to his brother, he continued: "He was a calculated risk taker, he looked at risks, he worked out the best way of managing them and as things got more complicated and difficult and the press became more of a target.

“He was so proud of being Irish and the access and the view worldwide of the Irish and it’s a real positive thing."

They went on to say their brother was a free-spirited man, who loved his job and was dedicated to telling the world the truth about the conflicts he covered. 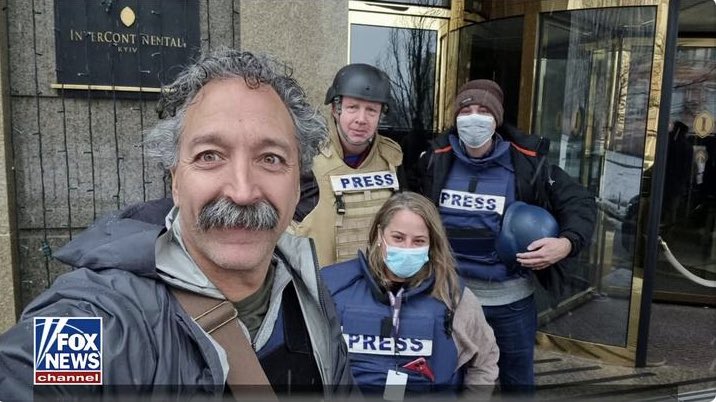 On Tuesday, Fox News clarified that the incident resulting in Pierre's death took place while he and his colleague were "newsgathering outside of Kyiv in Ukraine”.

"It is with great sadness and a heavy heart that we share the news this morning regarding our beloved cameraman Pierre Zakrzewski," Fox News chief executive Suzanne Scott said.

"Pierre was killed in Horenka, outside of Kyiv, Ukraine.

"His talents were vast and there wasn't a role that he didn't jump in to help with in the field - from photographer to engineer to editor to producer - and he did it all under immense pressure with tremendous skill.

"He was profoundly committed to telling the story and his bravery, professionalism and work ethic were renowned among journalists at every media outlet."