A Galway camogie player who sadly passed away after an accident occurred at a senior league game in the county on Monday has been named locally.

Kate Moran was in her early 20s and played for Athenry Camogie Club, with the incident occurring in Ardrahan while she was playing a match against them.

END_OF_DOCUMENT_TOKEN_TO_BE_REPLACED

Emergency services were rushed to the scene where Kate was treated before she was taken to University Hospital Galway.

Sadly, she died from her injuries on Tuesday morning. 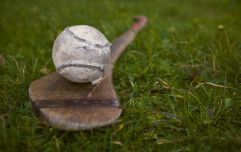 Woman in her 20s dies after camogie accident

END_OF_DOCUMENT_TOKEN_TO_BE_REPLACED

"She was a tremendous role model for our many underage players and a wonderful leader both on and off the field of play. Her bubbly personality will be remembered for eternity."

With respect for Kate, Galway Camogie has postponed all of its games this week and a member of the Galway Camogie Board said that the local community is in deep shock over Kate's death.

Counselling is being provided for members of the club, with her parents spending the last number of years "diligently fundraising" for Athenry camogie to develop new facilities. 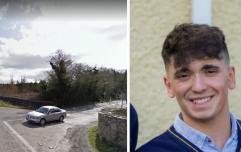 END_OF_DOCUMENT_TOKEN_TO_BE_REPLACED

Galway-based Fianna Fáil councillor Albert Dolan said on RTÉ's Morning Ireland: "This is obviously going to be an extremely tough time for them and I think they just need to know that no matter what, the community support is there for them 100% over the next week and we are all thinking of them every day now and they will be in our thoughts and prayers going forward."

popular
Davide Sanclimenti opens up on having kids with Ekin-Su Cülcüloğlu as he turns down Dancing On Ice
Angelina Jolie accuses ex-husband Brad Pitt of abuse
Molly Mae Hague fans are convinced she just accidentally revealed her baby's gender
Rebekah Vardy asks Coleen Rooney to give legal fees to charity
It looks like Ireland could get a white Christmas this year
WATCH: The trailer for Florence Pugh's new Irish film is here
Inbetweeners co-stars Joe Thomas and Hannah Tointon welcome their first child
You may also like
1 week ago
5 delicious brunch spots around Ireland to try out on your next trip with the girls
4 weeks ago
5 thoughts I had while staying at The Dean Hotel in Galway
1 month ago
Inside the Galway castle that made the most in-demand homes list
3 months ago
Black Eyed Peas apologise to fans at Galway concert for calling Ireland part of UK
8 months ago
Buying your first home in near one of Ireland's cities? Don't miss this free event
11 months ago
Young woman suffers serious eye injury after being struck with a firework in Eyre Square
Next Page