Peter O'Mahony did something very special with his Six Nations medal

There's no grand homecoming for Ireland's rugby heroes thanks to the bad weather, but at least one fan enjoyed an incredibly personal moment to treasure after the decisive win at Twickenham on Saturday.

Shortly after the final whistle, Peter O'Mahony sought out long-time Ireland fan Jennifer Malone and presented her with his winning medal. Inpho Photography was there to capture the magic:

As was Jennifer's proud and understandably slightly envious sister Rachel who made sure to share the moment online.

"My sister got to lift the Six Nations trophy today in Twickenham," read her tweet which has been liked nearly 14,000 times.

Yes my sister got to lift the six nations trophy today in Twickenham and got Peter O’Mahoney’s medal and yes I am extremelyyyyy jealous pic.twitter.com/NVU3L4suUp 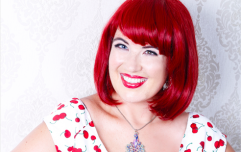 END_OF_DOCUMENT_TOKEN_TO_BE_REPLACED

A fantastic and selfless gesture from the Cork native after an exceptional campaign from Joe Schmidt's men saw them secure the Grand Slam.

Ireland's victory at Twickenham, sees them climb to a best-ever rankings tally of 89.11 points, gaining further ground on New Zealand.


popular
The comfy €42 M&S boots we're going to be living in all spring
Le Creuset has launched a millennial pink collection, and we need it all tbh
The floral Penneys dress that will instantly update your spring wardrobe
Why you shouldn't put your address on your luggage when going on holiday
Netflix's Babies documentary is making quite the impression online
No chemical peel needed: 7 easy ways to achieve the glowing skin of your dreams
Summer is coming, and we'll be living in these adorable €11 denim shorts from Penneys
You may also like
2 weeks ago
The most romantic people in Ireland are from Athlone, Waterford, and Tralee
1 month ago
The CSO has revealed the most common surnames in Ireland
1 month ago
The countdown is on: A list of all the Irish bank holidays in 2020
1 month ago
A very large amount of us think we'll end up making more money than our parents
2 months ago
WATCH: 'As a sport, it's everything' Emma McQuaid on the beauty of Crossfit
2 months ago
#VanLife: What it's really like to travel the world in a camper van
Next Page