The O'Donovan brothers' Olympic magic has spread far and wide.

Her.ie reader Paul Lennon got in touch to show us all just how the Skibbereen lads' down-to-earth humour has touched people around the world.

Paul, who is English but whose parents come from counties Kerry and Monaghan, is a teacher in the Thai Tims school in Thailand.

END_OF_DOCUMENT_TOKEN_TO_BE_REPLACED

The school has a habit of singing about Irish people and topics - more of that in a bit, if you keep reading on - and their latest subject is Cork's mighty Olympic champs, Gary and Paul O'Donovan.

"We've sang for Katie Taylor, the GAA and the Irish football team," Paul Lennon explains. "I told the kids all about the brothers' funny interview, and they loved the phrase 'pull like a dog'."

The pupils' adorable musical tribute can be watched below:

END_OF_DOCUMENT_TOKEN_TO_BE_REPLACED

However, it turns out there's a lot more to the Thai Tims' song, and the school itself.

Paul Lennon and his wife, Pun, have been married for 25 years. When their first child, Berni, was born in Thailand 13 years ago, the doctors told the couple that he had Down's syndrome and that he wouldn’t be able attend a 'normal' school.

That's when the couple sprang into action. It's a pretty incredible story, so we'll let Paul tell it:

"Their best advice was to send Berni far way to residential school for children with disabilities. Back in those early days of immense sorrow, with nothing to look forward to, we could never have imagined the direction our lives would have taken. I’ve read that parents of children with disabilities often become empowered, finding a new strength and outlook to face the challenges of life. This was certainly the case with us. 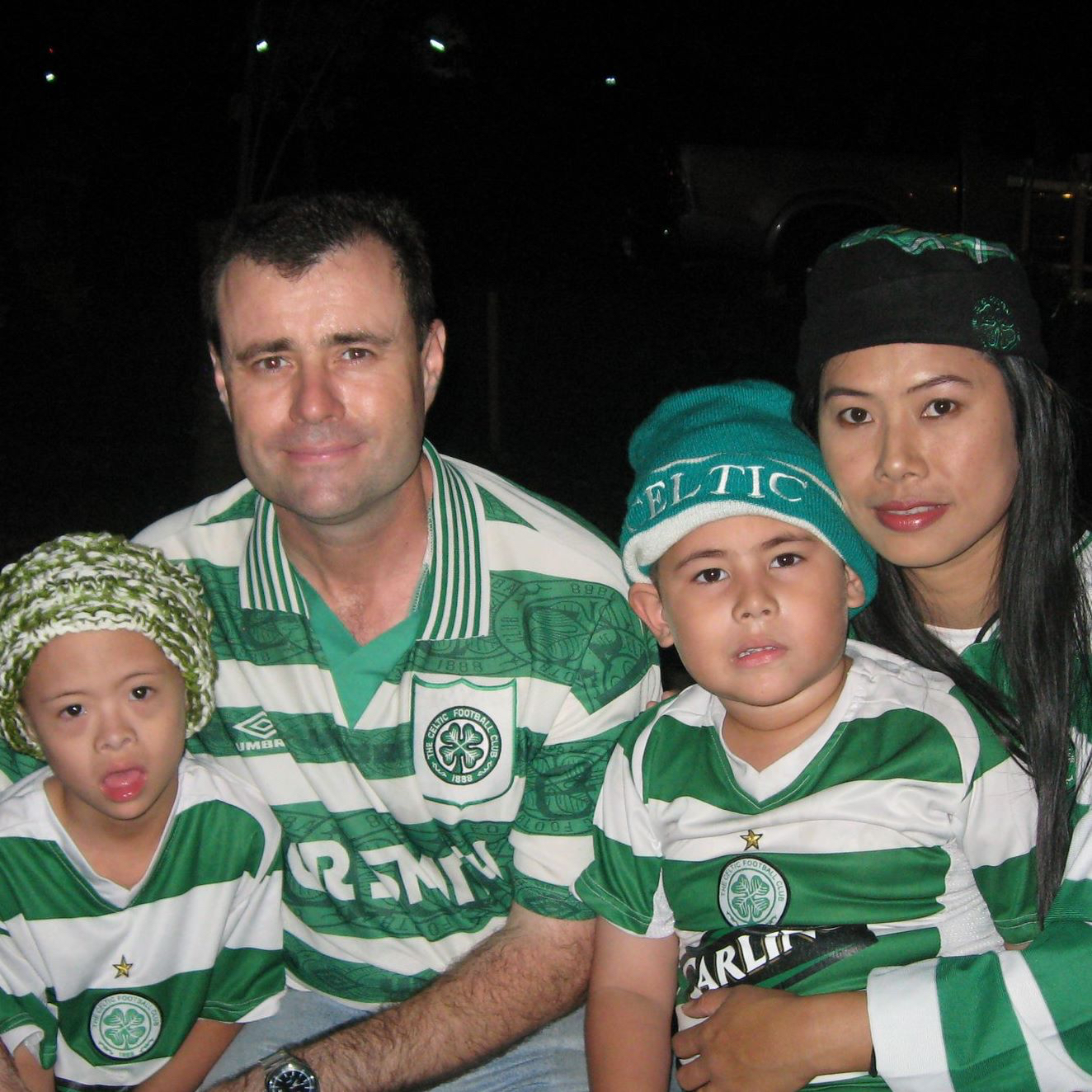 "In 2006, when Berni was three, we struggled to find a place a place at school for him. Fortunately, my offer to teach English as a volunteer found one school willing to accept our son. This was a school that educated children from 3-18 years of age. The children who attended this school were mostly the sons and daughters of low-income rubber plantation workers.

"My wife, Pun, also began volunteering at school, and our second son, Steve Noi, also began nursery here at this time. For the next four years we taught at school every day. The childrens' English progressed well; I taught mostly English conversation and activities involving sport.

"Pun taught English through the use of song. She was the lead singer in her university band and she has tremendous ability in teaching children to sing in an enjoyable manner. Berni’s progress was slow, but he was in safe, caring hands. So after the early turbulent years, when Berni was often very ill in hospital, our volunteering at school had brought Berni the extra care he needed. 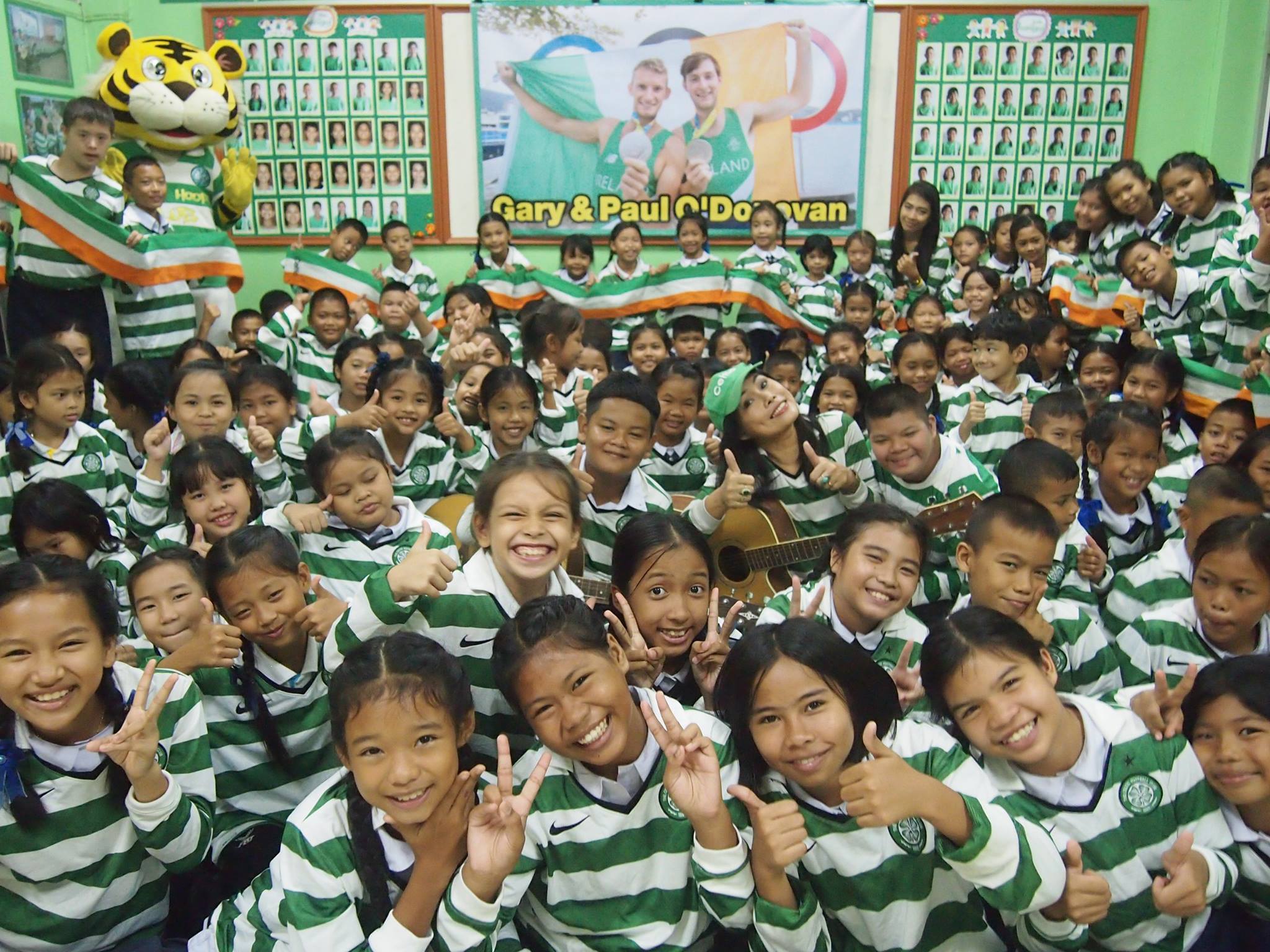 "Everyone at school was delighted with our work, and in turn teaching the children brought us a profound sense of happiness. I thought that our volunteer teaching would continue like this until Berni completed school. The owner of school, Mr Praman Sarakoses, is the retired chief of Police of the Province of Chathaburi. He turned our school into a Thai government-registered foundation and asked us about becoming fundraisers.

"We agreed, on the condition that our school would accept any children with Down's syndrome that we could find. At this time. Berni was the only child with Down's in a school of over 1,000 students.

"As a way of raising funds, I asked him for permission to teach the children Irish/Celtic songs. He agreed and Pun began teaching the children 'The Fields Of Athenry' and a host of Celtic songs which became popular on the internet.

"In 2012, the Thai Tims experienced a real-life fairytale adventure and travelled to Scotland and Belfast. We lived at Celtic Park for three weeks, and sang our Celtic songs on "the hallowed turf of Paradise". I sent video clips back to Thailand every evening and the nation’s most popular TV channel ran regular reports on the activities of the kids.

"The Thai media was full of praise for Celtic Football Club. On our return to Thailand we began to sing songs for the Thai national football team and Thai Olympic and Paralympics athletes. These songs gave us much media attention and allowed us to promote the cause of inclusive education for kids with disabilities to the Thai nation.

"We were invited to tell our story on Thailand’s longest-running talk show, and progress was being made as we promoted the cause of inclusive education to a nation of 67 million people. Two double-decker coaches full of head teachers from another province of Thailand visited our school to see and learn from our experience.

"The support of the Celtic family has helped change attitudes towards educating children with special needs. Today the situation here in Thailand is much improved, with more and more children with Down's syndrome finding places in mainstream schools across the nation.

"At our school we currently have nine children with Down's syndrome, and many other children with autism and other disabilities. As new children with special needs join us all the time, our volunteer efforts have no end in sight. We’ll keep on singing for Ireland and Celtic."