A bride has come under fire after she demanded her bald friend wear a wig to "match" the other bridesmaids on her wedding day.

The friend took to Reddit's Am I The Asshole? forum to ask for advice on what she should do.

She explained that growing up, she hadn't been allowed to cu their hair because “hair is a woman’s crown”.

END_OF_DOCUMENT_TOKEN_TO_BE_REPLACED

Since she left home, she said that she has kept her hair either in a pixie cut, a buzz cut or she has been bald as she can't stand "the heavy feeling of long hair or all the brushing/washing/detangling after dealing with it for so many years."

The woman said that at the moment, she has her head totally shaved for the summer.

"One of my good friends is getting married in August and she chose me to be one of her bridesmaids.

"Everything had been cool, she’s always been the sweetest person and she showed no signs of going Bridezilla before this, until she called me up about three weeks ago and asked me if I could do her a favor and wear a wig to her wedding.

"She explained that she wanted all of her bridesmaids to match and that she wanted us all to look good in the pictures. I told her I really didn’t want to get a wig, and we’ve been on bad terms ever since."

END_OF_DOCUMENT_TOKEN_TO_BE_REPLACED

The would-be bridesmaid added that all of their mutual friends are on the bride's side, telling her that "it's just a a wig" and “it’s not like she’s asking you to grow out your hair for the wedding, so she’s not the one being unreasonable.”

"The thing is, I don’t know how many of you will be aware of this but a wig that will actually look good/realistic is expensive. I’ve already paid for a bridesmaid’s dress, new shoes, and plane tickets, as well as a small deposit for the person who’s going to do our makeup.

"This wedding has already cost me a fortune. I could afford a wig if I wanted to, but do I really want to spend the money on something I’ll never wear again when I’ve already spent a ton? Not really.

"Also, this is going to be on a plantation in Louisiana. In August. I’m already going to be hot and uncomfortable, and a wig will make things a thousand times worse."

The woman explained she was hurt by the bride's request as she felt her friend was telling her she looked bad. 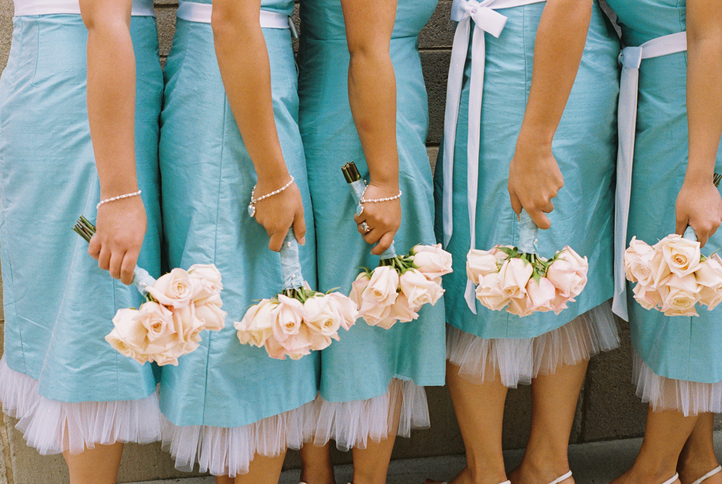 "I feel like it implies I look bad because I don’t have hair, which I personally don’t think is true. Is being bald so hideous I’ll ruin her pictures?

"Is she going to make her balding father wear a toupee? And I think the 'I want us to match' thing is stupid. We’re already wearing matching dresses, why isn’t that enough?

"I know it’s 'her day' and we’re supposed to make her happy, but isn’t there a line?

"I’ve offered to wear a cute headscarf as a compromise if my bald head is that offensive, but she’s not having it. I’m still in the bridal party and invited but I don’t know for how much longer, honestly."

Many people disagreed with the bride's feelings on the matter, reassuring the bridesmaid that "you shouldn't have to change your appearance to be part of a wedding." 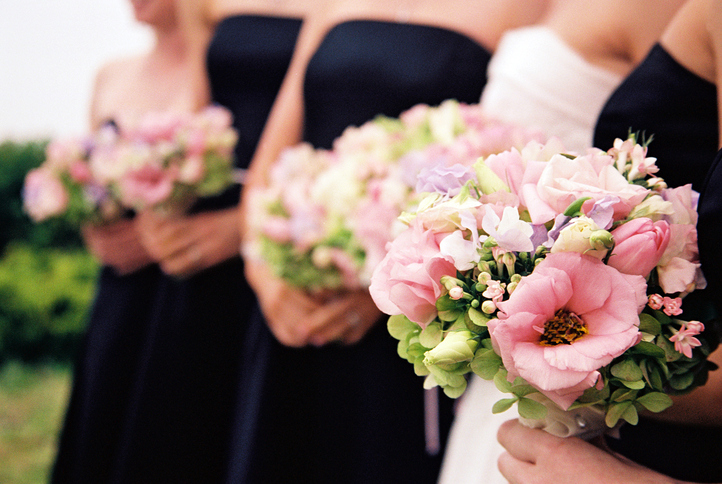 "If she had a problem with your appearance then why the hell did she make you her bridesmaid? You’re a friend? Well friends don’t try and change their friends to satisfy their vanity issues."

"She asked you knowing you are bald in the summer. This isn't a big change you made right before the wedding (which is your choice, but tends to stress brides out so it's more understandable).

"I'd step out of the wedding, this will only get worse if she's that concerned about some pictures..."

"The bride wanting you to wear a wig to 'look good in photos' is ridiculous and just insulting."

popular
Apparantly, there is one colour you should never wear at a job interview
Late Late Show viewers are not happy with Ryan's questions for Billy Connolly
Friends Star James Michael Tyler Files For Divorce
New study finds link between fizzy drinks and infertility
Friends actor James Michael Tyler has died, aged 59
9 of the best horror movies on Netflix this Halloween
10 items from Zara for the perfect autumn capsule wardrobe
You may also like
15 hours ago
Dublin bridal shop donates their dresses to Barnardos every year
4 days ago
Groom kicks out wedding guests after they all wear white
5 days ago
Cast members of Schitt's Creek reunite for Sarah Levy's wedding
5 days ago
Jamie Redknapp marries girlfriend without ever announcing engagement
2 weeks ago
Best man's hilarious comment picked in TikTok up as newlyweds have their first dance
2 weeks ago
Bride asks guests to pay per slice of cake eaten at wedding
Next Page