"Your periods shouldn't be painful."

Earlier this week, comedian Amy Schumer revealed that she had her uterus and appendix removed as a means to treat her endometriosis.

After posting a video of herself recovering from her hospital bed, Amy has since shared a powerful message about women's health. 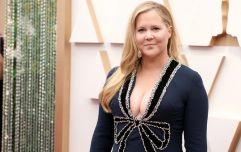 END_OF_DOCUMENT_TOKEN_TO_BE_REPLACED

Taking to Instagram, the Trainwreck star said: "I learned today that your periods shouldn’t be painful, and not everyone’s are. From the time I got my first period I was knocked over vomiting from the pain.

"As women, we're told, 'you're a drama queen, stop being a p***y, a little b***ch, all these phrases that paint women as weak, and culturally I grew up believing that too."

She continued: "I assumed I was being a drama queen and everybody was feeling this pain because that's what the world makes you feel like."

Amy then advised any other women who are in the same boat to be persistent and get the care they need. 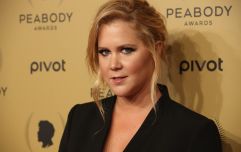 END_OF_DOCUMENT_TOKEN_TO_BE_REPLACED

She said: "Today was really incredible to have someone say, 'No, the pain you've been experiencing your whole life is not normal.' And I know so many women share this same story."

The comedian also told fans that she's in for a long road of treatments ahead of her. 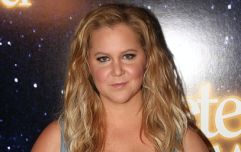 Amy Schumer has uterus and appendix removed due to endometriosis

END_OF_DOCUMENT_TOKEN_TO_BE_REPLACED

"This isn't the end of my story," Amy said. "I'll have to get five more surgeries.

"I've got cysts on both my ovaries, endometriosis in both ovaries. I held onto them so I'll go through menopause but I'll have to get them out in a few years."

She added: "It took my four decades to get diagnosed. Let's try to have this next generation of women advocate for themselves and find out, and for doctors to take it seriously."

Approximately one in 10 women in Ireland suffer from endometriosis, a painful condition in which tissue similar to the lining of the womb begins to grow in other places, such as the ovaries and the fallopian tubes.

popular
Here's who Yvonne Connolly wants Jack Keating to couple up with
10 stunning and affordable outfits that are perfect for a summer wedding
Yes, Ronan Keating's son is entering the Love Island villa
Another of Gemma Owen's family could be headed for a reality show
Irish girls name was the most used Irish name in the United States last year
Parent's Benefit Leave in Ireland is being extended from today - here's what you need to know
Rachel Stevens has split from her husband just weeks before their 13th anniversary
You may also like
2 years ago
WATCH: Amy Schumer's new pregnancy docu-series is released next month
2 years ago
Amy Schumer shares her IVF journey and how other mums have helped her
2 years ago
Amy Schumer starts IVF journey and her emotional Instagram post will resonate with so many people
3 years ago
Amy Schumer announces her newborn son's name - and it is pretty unusual
3 years ago
Amy Schumer has welcomed her first child with husband Chris Fischer
3 years ago
'#DidntPuke' Amy Schumer's latest pregnancy selfie is a triumph
Next Page