We can't imagine the royal family will be too happy about this.

Meghan Markle's estranged father, Thomas, has told how he plans to write a book about the Duchess of Sussex.

The 74-year-old hasn't spoken to his daughter since she wed Prince Harry in May last year. However, he has made a number of pleas through the press for her to get in contact with him.

END_OF_DOCUMENT_TOKEN_TO_BE_REPLACED

In his most recent interview, Thomas urged Meghan to end her rumoured feud with Kate Middleton and told how even though he has made mistakes, Prince Harry needed to "man up and get over it".

He also spoke to The Sun about his plans to write a book about "the good years" with Meghan, and "my one memories of her growing up". 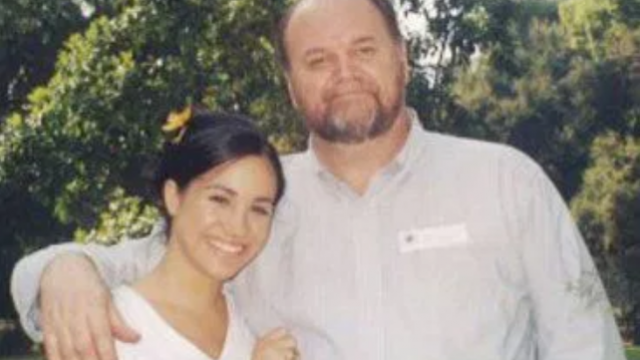 “I miss Meghan a lot. She was a big part of my life up until she met Harry.

“But I don’t want pity. I remember my beautiful daughter from the time she was born.

“If she called me right now I would simply say ‘How have you been? I am glad to hear from you’.”

Thomas wouldn't be the first member of Meghan's family to announce they were writing a book.

Samantha Markle, Meghan's estranged half-sister, announced last year that she was penning a tell-all about the now-Duchess.

Now titled In the Shadows of The Duchess, the book is reportedly set to be released around the time Meghan is due to give birth to her first child.

“In The Shadows Of The Duchess covers everything… the world does not know truth total truth… (I’m) holding nothing back!

“From lullabies to lies..it’s all they’re in my book.

popular
How to turn 20 days of annual leave into 50 days off
Richard Madeley under fire for comments about Kate Middleton's waist
Man arrested after woman raped on train as passengers filmed it
WATCH: The first trailer for Ozark Season 4 just dropped
70-year-old woman reportedly becomes first-time mum after welcoming baby boy
Police search for missing 4-year-old girl in Australian outback
Police launch investigation after woman "spiked with needle" in UK nightclub
You may also like
1 month ago
Piers Morgan wins Ofcom complaint over Meghan Markle comments
2 months ago
Meghan Markle's brother hits out at her as he enters Big Brother house
2 months ago
Steal her style: How to recreate Meghan Markle's sleek home office on a budget
2 months ago
Prince Harry makes hilarious cameo in Meghan's 40th birthday video
3 months ago
Meghan Markle is producing her own Netflix series
3 months ago
Meghan Markle is ditching her royal title
Next Page