Shortly after Chris Martin and Gwyneth Paltrow announced their ‘conscious uncoupling’ in March, rumours began to swirl about other love interests for the Coldplay frontman and his movie star ex.

One of the names bandied about was Alexa Chung, TV presenter and darling of the fashion world. Alexa, 30, and Chris, 37, were spotted together mere days after the announcement that the singer and his wife of ten years were to separate.

Now, a source has spoken to Heat magazine about seeing the pair on another cosy date. Chris and Alexa were seen in ‘secret' Elsa, a speakeasy hidden behind a vintage clothes shop in Manhattan’s Lower East Side last Tuesday.

END_OF_DOCUMENT_TOKEN_TO_BE_REPLACED

The source told the magazine:

“When I arrived at about 9.15pm, they were tucked away in in dark corner of the back room of the bar.

"He didn't care that he was being recognised. But Alexa seemed more reluctant to introduce herself. She didn't really want to talk.

“Chris and Alexa seemed to know each other really well. They were both in a great mood, and even asked us to watch their bags when they went out for a cigarette.”

The pair are said to have become close since they first met at last year’s Glastonbury festival. 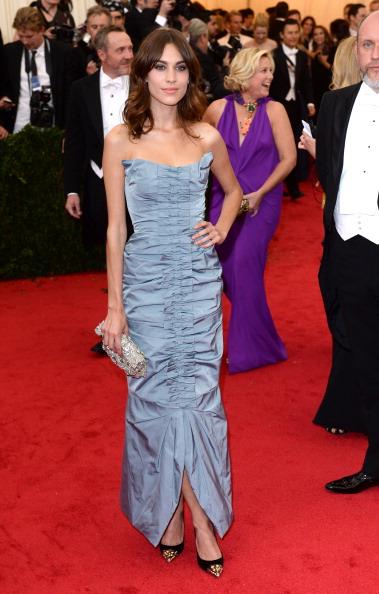 popular
Vicky Phelan says she wants to pass away in holiday home "for the kids' sake"
Scotland international rugby star Siobhan Cattigan tragically dies, aged 26
Stacey Solomon mortified after walking around shop in see through leggings
Meabh Feerick passes away after sharing that she felt "let down" by Irish healthcare system
Why Are Men so Obsessed With Boobs? The Answer is Pretty Surprising...
Norma Foley addresses concerns over schools staying closed in January
Here's the average age people lose their virginity around the world
You may also like
2 years ago
Turns out, this colour of wine gives you the WORST hangover
5 years ago
Pretty Little Liars actor Brandon Jones could be facing over five years in prison
5 years ago
Gwen Stefani Receives Massive Backlash After "Insulting" April Fools' Prank
5 years ago
Katie Price Names And Shames The Twitter Trolls Bullying Her Son Harvey
5 years ago
Kim Kardashian Blasts "Body-Shaming and Slut-Shaming" In Brilliantly Honest Post
5 years ago
WATCH: Emma Watson Launched HeForShe Arts Week On International Women’s Day
Next Page