David McIntosh and Kelly Brook to Give Relationship another Try?!

David McIntosh is reportedly trying to convince Kelly Brook to give their relationship another try.

The couple got engaged in June after going out for a few months. However, they recently split up after returning from a holiday in Mykonos, Greece.

"He (David) is madly in love with Kelly," a source told The Sun. "David feels hard done by and reckons there is still a chance they can save the relationship if they talk face-to-face.

END_OF_DOCUMENT_TOKEN_TO_BE_REPLACED

"He's been posting online about having a great time partying but he wants her back." 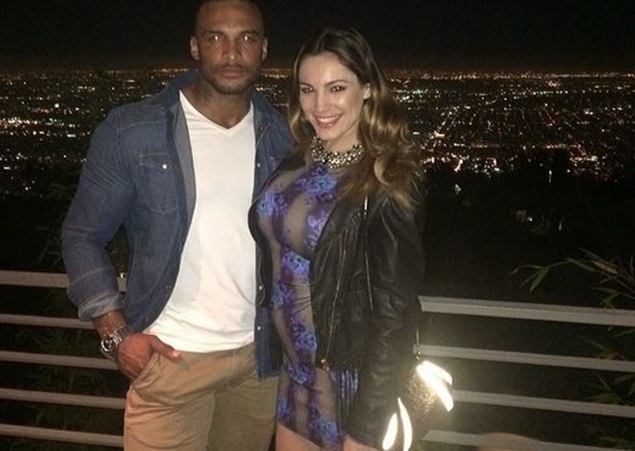 Kelly and David pictured together

According to reports, David is set to fly to Los Angeles to see Kelly, who is currently filming sitcom One Big Happy, in a bid to convince her that they should get back together.

"David feels hard done by and reckons there is still a chance they can save their relationship if they talk face-to-face," the insider told The Sun.

"It seems unlikely that Kelly will entertain the idea but David wants to know for sure" continued the source.

We can't keep up with them anymore...

popular
Deirdre Morley issues medical negligence action against HSE and hospital
Ben Foden's wife Jackie says it is "not possible" for him to cheat on her
People are only realising Kendall Jenner and Gigi Hadid are related and the reactions are gas
And Just Like That... episode 8: Nobody saw this one coming
Cavan parents remember teenage son as "character of the family" on emotional PrimeTime interview
Love Island's Amber Gill could be banned from Instagram over ad controversy
These are the top baby names for 2022
You may also like
2 years ago
Turns out, this colour of wine gives you the WORST hangover
5 years ago
Pretty Little Liars actor Brandon Jones could be facing over five years in prison
5 years ago
Gwen Stefani Receives Massive Backlash After "Insulting" April Fools' Prank
5 years ago
Katie Price Names And Shames The Twitter Trolls Bullying Her Son Harvey
5 years ago
Kim Kardashian Blasts "Body-Shaming and Slut-Shaming" In Brilliantly Honest Post
5 years ago
WATCH: Emma Watson Launched HeForShe Arts Week On International Women’s Day
Next Page