Eastenders star Danny Dyer thinks it's about time the soap took things up a notch, by introducing "more sex" and "a bit more swearing".

"Do I think there should be a late-night EastEnders so there could be more sex? Yeah, I do – and a bit more swearing would be nice" said Danny in an interview with Metro UK.

The thirty seven-year-old actor who joined the soap last December in the role of Mick Carter, even said he would go full frontal for an episode of the soap if it was required.

END_OF_DOCUMENT_TOKEN_TO_BE_REPLACED

However, Danny thinks this might shock viewers watching at home. 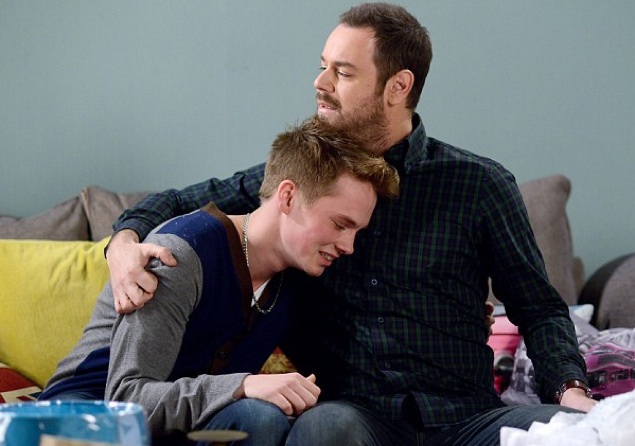 "I’d frighten the life out of people, with the size of me! But I would love to do that" said the actor. Okay then....

In other news, Danny recently spoke about the Eastenders live shows which are set to take place in February next year.

There will be a 30 minute live episode and other episodes will feature "live elements" according to OK! Online.

"We're part of the live shows. We haven't got the scripts yet, but it's going to centre around the Lucy Beale thing" said Danny.