The Birdman and Gangster Squad actress is said to be in the early stages of negotiations for the role.

While there's no director signed up for the project which is due to be a new story centring around the villain from 101 Dalmatians, The Hollywood Reporter claims Kelly Marcel is on board to write the script.

Kelly has previously written Saving Mr Banks and the screenplay for Fifty Shades Of Grey.

We could definitely see her as a young Cruella alright. 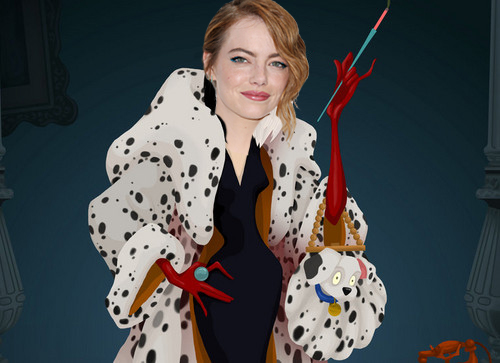 popular
Female child rushed to hospital after violent incident in Co. Clare
Joe Swash has reportedly flown to South Africa to film I'm A Celeb All Stars
Young girl found injured in Co. Clare house is in critical condition
Two Love Island 2022 stars have just become step siblings...
Abducted in Plain Sight: True crime drama follows girl who was kidnapped twice by the same man
Molly Mae Hague shares emotional moment she discovered she was pregnant
Free contraception for up to 30s and publicly funded IVF expected in Budget 2023
You may also like
5 months ago
Disney's Irish Disenchanted scenes set to be reshot after mixed reviews
6 months ago
Disney is looking for a student in Ireland for a new internship
6 months ago
WATCH: Sebastian Stan on his "terrifying" new movie, Fresh
6 months ago
A new tell-all Pamela Anderson Netflix documentary is coming
7 months ago
The first photos of the brand new Disney cruise ship are here
7 months ago
Disney launches bridal collection inspired by princesses
Next Page