Cheryl Fernandez-Versini is to launch her own record label.

The former Girls Aloud star will go up against music mogul and fellow X Factor judge Simon Cowell, who runs SyCo with Sony, by setting up her own venture.

It has been reported that Cheryl is keen to attract all music genres to her new label, when it is set up later this year.

END_OF_DOCUMENT_TOKEN_TO_BE_REPLACED

A music industry insider told The Mirror that this is "a natural next step for Cheryl, having coached contestants for years on 'The X Factor'.

''She knows what it takes to succeed in the industry from her experience as a performer - both as a solo artist and as a group, from her years in Girls Aloud.

''Cheryl definitely knows her stuff. The artists she'll be interested in won't just be pop acts - it will cross over all genres.

''She loves music and is really excited about being able to springboard new talent". 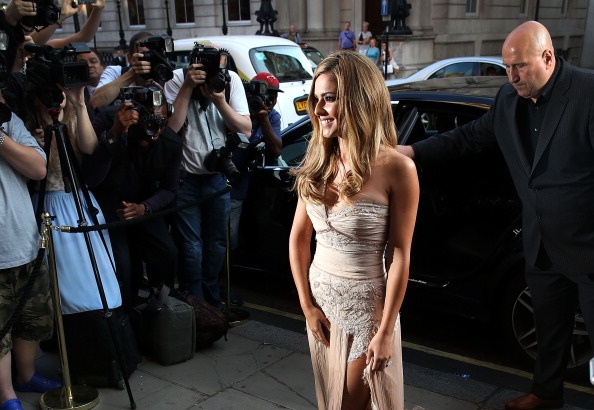 Cheryl is planning to launch her own music label

Thirty one-year-old Cheryl has just finished recording her fourth studio album Only Human and plans to work on her label once the album is released.

“At the moment, she has just finished recording her new album. Once Only Human has been released – towards the end of the year – she’s going to focus all her attention on her label

“There’s interest from all the big labels, but Cheryl may just go it alone" said the source.

popular
A celebrity hairstylist just shared a genius hack for the perfect messy bun
Here are all the Instagram accounts of the stars of Netflix's Cheer
Penneys has a new homeware collection – and it looks so high-end
What we can expect from Emily in Paris seasons 3 and 4
Someone has ranked the penis size of men from all over the world
Cheer season 2 further highlights the vulnerability of its young stars
Why Are Men so Obsessed With Boobs? The Answer is Pretty Surprising...
You may also like
2 years ago
Turns out, this colour of wine gives you the WORST hangover
5 years ago
Pretty Little Liars actor Brandon Jones could be facing over five years in prison
5 years ago
Gwen Stefani Receives Massive Backlash After "Insulting" April Fools' Prank
5 years ago
Katie Price Names And Shames The Twitter Trolls Bullying Her Son Harvey
5 years ago
Kim Kardashian Blasts "Body-Shaming and Slut-Shaming" In Brilliantly Honest Post
5 years ago
WATCH: Emma Watson Launched HeForShe Arts Week On International Women’s Day
Next Page