A representative for the actress confirmed to People magazine that the couple are set to tie the knot after three years together.

Allison is best known for her portrayal of unlucky-in-love Marnie Michaels on the hit comedy which also stars Lena Dunham.

END_OF_DOCUMENT_TOKEN_TO_BE_REPLACED

Speaking recently about settling down, the 25-year-old revealed that she would give up her career to have a family.

“My goal is to create a career I can walk away from and become a mom,” she told Glamour. “I’d love to be a mom and not have to bring my kids into my trailer... Or a balance.” 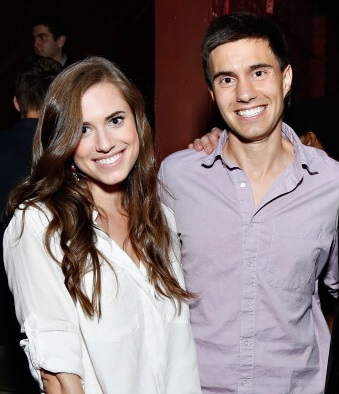 Allison and her other half Ricky.

popular
Ronan Keating worried about son Jack as he is "quiet" on Love Island
Love Island's Gemma finally tells villa about dad Michael Owen on TV
Penneys has a perfect dupe for Charlotte Tilbury's Flawless Filter foundation
Gemma Owen gets to know Jack Keating as her head turns on tonight's Love Island
No one was able for Andrew and Dami's kisses on Love Island last night
So it seems Ekin-Su once competed as Miss Ireland before Love Island fame
Airport outfits are all the rage as we head abroad - here are the 4 best ones
You may also like
3 years ago
Turns out, this colour of wine gives you the WORST hangover
6 years ago
Pretty Little Liars actor Brandon Jones could be facing over five years in prison
6 years ago
Gwen Stefani Receives Massive Backlash After "Insulting" April Fools' Prank
6 years ago
Katie Price Names And Shames The Twitter Trolls Bullying Her Son Harvey
6 years ago
Kim Kardashian Blasts "Body-Shaming and Slut-Shaming" In Brilliantly Honest Post
6 years ago
WATCH: Emma Watson Launched HeForShe Arts Week On International Women’s Day
Next Page