Christian Bale and wife Sandra 'Sibi' Blazic are expecting their second child, according to E! News.

Brunette Sibi attended the Oscars on Sunday night alongside Christian, in an all-black ensemble which reportedly showed a hint of baby bump.

No further details have been released on the pregnancy yet.

Sibi and Christian are already parents to their 8-year-old daughter Emmeline, who was born in March 2005. 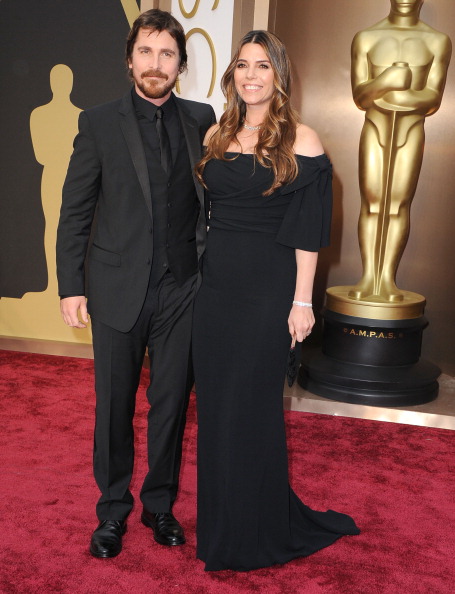 The American Hustle star has previously spoken about how it feels to be a dad.

In 2010 he said, "Nothing can prepare you for fatherhood. It's the best thing ever.

"I don't want to leave my daughter's side for one second."

popular
This Netflix Christmas film is being dubbed the perfect rom-com
Ireland sees '100% success rating' with 4-day work week trial
"You can’t imagine what it feels to have had a baby and yet feel like you didn’t"
Why Are Men so Obsessed With Boobs? The Answer is Pretty Surprising...
Nicola Coughlan lands "lifelong dream" role as she gets cast in Oliver Twist
Expecting a baby in December? These are the top Christmas-inspired baby names
Bad Sisters stars snap back at New York Times article that called them British actors
You may also like
3 years ago
Turns out, this colour of wine gives you the WORST hangover
6 years ago
Pretty Little Liars actor Brandon Jones could be facing over five years in prison
6 years ago
Gwen Stefani Receives Massive Backlash After "Insulting" April Fools' Prank
6 years ago
Katie Price Names And Shames The Twitter Trolls Bullying Her Son Harvey
6 years ago
Kim Kardashian Blasts "Body-Shaming and Slut-Shaming" In Brilliantly Honest Post
6 years ago
WATCH: Emma Watson Launched HeForShe Arts Week On International Women’s Day
Next Page