A representative for the actor, who appeared alongside James Franco in Of Mice and Men on Broadway this summer, reportedly confirmed the news to People magazine.

The couple started dating in spring of this year but while it will be Leven’s first trip down the aisle, Jim has been married before.

END_OF_DOCUMENT_TOKEN_TO_BE_REPLACED

He divorced his wife of six years, Ciera Danielle, in June after splitting back in September. They cited irreconcilable differences as the reason.

As well as playing Glimmer in The Hunger Games, Leven has also starred in One Tree Hill and Percy Jackson: Sea of Monsters. 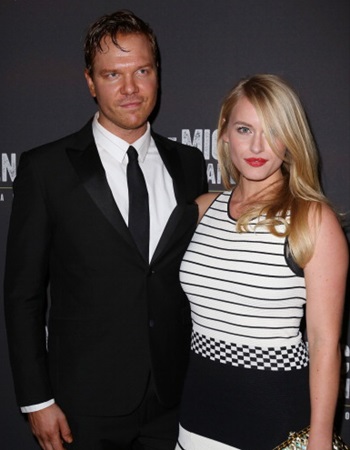 Jim and Leven are engaged to be wed.

Girls With Goals || Her · Ep.153: Scholarship Squad - We chat to Facebook's Claire O'Hara about our Smurfit Scholarship fund.
popular
Matthew Perry's dad was a character on Friends and how did we not notice?
Irish people urged to send a hug to loved ones on National Hugging Day in aid of Ronald McDonald House
Robbie Williams "fairly sick" with Covid while holidaying in Caribbean
Gwyneth Paltrow's vagina candle "explodes" in woman’s living room causing fire
Gilmore Girls star says he didn't storm the Capitol, praises those who did
Josepha Madigan compares issues around schools reopening to Mother and Baby Homes
Seven Things You May Not Have Known About... Garth Brooks
You may also like
1 year ago
Turns out, this colour of wine gives you the WORST hangover
4 years ago
Lily Allen has revealed that she was stalked for seven years
4 years ago
Pretty Little Liars actor Brandon Jones could be facing over five years in prison
4 years ago
Gwen Stefani Receives Massive Backlash After "Insulting" April Fools' Prank
4 years ago
Katie Price Names And Shames The Twitter Trolls Bullying Her Son Harvey
4 years ago
Kim Kardashian Blasts "Body-Shaming and Slut-Shaming" In Brilliantly Honest Post
Next Page