"I Want An Emancipation!" 14-Year-Old Jaden Smith Has Had Enough Of His Parents

Jaden Smith isn’t even old enough to drive but according to reports this morning, the 14-year-old has told his parents that he wants to get emancipated from them and buy  his own home. Believe it or not, it was actually Will Smith, Jaden’s dad, who confirmed that this was true.

Speaking to The Sun newspaper, Will said that his son (and After Earth co-star) recently told him tha he wants total legal freedom and independence from him and his mammy, Jada Pinkett-Smith. Jaden reportedly said that he felt he was ready to buy his own home and live alone.

According to Will, Jaden asked for the emancipation instead of a birthday present for when he turns 15 in July. 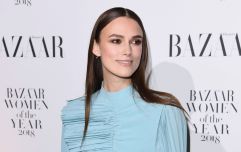 END_OF_DOCUMENT_TOKEN_TO_BE_REPLACED

“He says, ‘Dad, I want to be emancipated.’ I know if we do this, he can be an emancipated minor, because he really wants to have his own place, like ‘Ooh,’” said Will.

“That’s the backlash. On the other side, if kids just want to have command of their lives, I understand,” he added.

Will and Jaden are currently starring in a film together

Will, who has two other children (Will, 12 and Trey, 19) said that he has always had a laidback approach to parenting and doesn’t believe in punishing his children.

“We generally don’t believe in punishment,” said Will.

“From the time Jaden was five or six, we would sit him down, and all he has to do is be able to explain why what he did was the right thing for his life. I think it’s a much more difficult question to ask someone – ‘Why was that right?’ – than to try to show them why it was wrong. 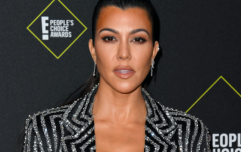 END_OF_DOCUMENT_TOKEN_TO_BE_REPLACED

“Nobody wants to be wrong, all parts of yourself fight like crazy to not be wrong. So I’ll say to Jaden, ‘Why was that the right thing to do for your life?’ and if he can explain why kicking his sister in the chest was the right thing to do, we can see to it that he understands that it wasn’t so smart,” added Will.

We wonder if Jaden will be granted his emancipation by the time his 15th birthday rolls around...

Girls With Goals || Her · Ep.154: Scholarship Squad Take 2 - Smurfit alum Grace Milton
popular
Irish designer "mindblown" as Dr Jill Biden wears dress she embroidered
Someone has ranked the penis size of men from all over the world
Dad designs bikini line for transgender teens
New Zealand set to close its borders for the entirety of 2021
Leo Varadkar says if Ireland introduced mandatory hotel quarantine, it would have to do so for a year
'They're Dead To Me Now' - Kate And Oliver Hudson Have Been Disowned By Their Father
Kylie Jenner just posted a naked snap on Instagram, and people are NOT happy
You may also like
2 weeks ago
Harry Potter star Jessie Cave's 11-week-old baby is in hospital with Covid
2 weeks ago
Dr Dre "doing great" after suffering brain aneurism
2 weeks ago
Kim Kardashian and Kanye West reportedly filing for divorce
3 weeks ago
Emma Stone reportedly expecting her first child
3 weeks ago
Tanya Roberts alive despite reports of her death, confirms representative
3 weeks ago
Rosanna Davison is writing a book about her journey to motherhood
Next Page