Hollywood sweetheart and legendary Irish actress, Maureen O’Hara, is set to be honoured by The Academy for her contribution to acting.

The screen icon is the only female on the list of recipients of the honorary Oscars 2014.

She will be honoured at an awards ceremony which will be held on November 8.

Dublin-born O’Hara was the star of renowned films such as The Quiet Man and Miracle on 34th Street over the course of her 75-year long career. She often worked alongside long-time actor and friend, John Wayne. 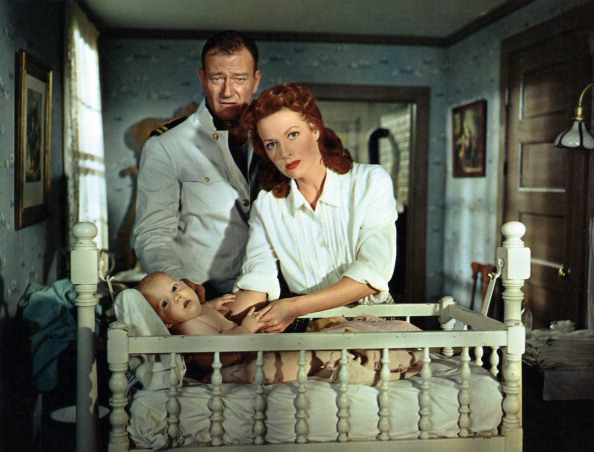 END_OF_DOCUMENT_TOKEN_TO_BE_REPLACED

The red-headed beauty, who was born in Ranelagh, also hit the top of the New York Times Bestseller list in 2004 with her autobiography, ‘Tis Herself.

Now 94 years of age and based in the USA, Maureen already has many accolades to her name, including a Lifetime Achievement Award from the Irish Film and Television Academy in 2004. She was named as Irish America’s ‘Irish American of the Year’ in 2005.

popular
Late Late Show viewers are not happy with Ryan's questions for Billy Connolly
Get Out has officially dropped on Netflix and we know what we're watching tonight
Someone has ranked the penis size of men from all over the world
23 shows with four or more seasons to watch on Netflix
This hot water bottle pouch is perfect for menstrual cramps
The First Quadrillionaire? Paypal Accidentally Gives Man $92 Quadrillion
Max from Hocus Pocus looks very different now and we can't cope at all
You may also like
1 week ago
"We've all lost people": Jamie Lee Curtis talks strong, female survivors in iconic films
1 month ago
Coco is officially the Ireland's favourite Pixar film, according to science
1 month ago
10 autumn-themed movies that are practically essential viewing this season
1 month ago
One of the best comedies of the last 20 years is coming to Netflix
1 month ago
"It is really amazing:" The Little Mermaid star gives update on live-action remake
1 month ago
Netflix reveals release dates for all of the huge movies still to come in 2021
Next Page