It's Official! Kanye West And Kim Kardashian Are Husband And Wife

It's the news Kimye fans around the globe have been waiting for.

Kim Kardashian and Kanye West are officially husband and wife.

The couple, who are expected to host a lavish wedding reception in Paris later in the month, were officially wed today in a private ceremony in Los Angeles.

END_OF_DOCUMENT_TOKEN_TO_BE_REPLACED

According to HollywoodLife an insider informed the celebrity gossip site on April 28th that the couple were jetting out to Paris within a week and would make the union official before then.

“They are headed out to Paris within a week, so they’ll get their licence first,” the source said.

The site is now confirming that the union occurred as scheduled.

"They signed the papers, it’s a done deal!” a source said, before adding that the couple are "excited." 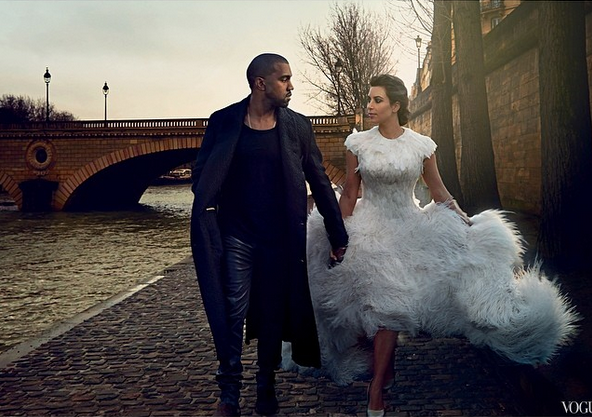 An image from the couples' high-profiled Vogue shoot.

Life & Style magazine is also reporting that the power couple are "married on paper".

“Kim and Kanye are now married on paper... They got their licence in California over the past few days.”

The pair will celebrate with friends and family at a Parisian location on May 24th.

popular
Liveline listeners call for RTÉ's new property show to be scrapped
Negative Covid tests will be required to enter Ireland, Cabinet agrees
Father and daughter stabbed to death in London
Doctor accused of making TikToks during surgeries banned from performing them
Pantos can go ahead this Christmas but don't bring the children – Health Minister
14-year-old boy charged with murder of 12-year-old Ava White
Andrew McGinley receives messages of support from RTE staff after cancelled interview
You may also like
2 years ago
Turns out, this colour of wine gives you the WORST hangover
5 years ago
Pretty Little Liars actor Brandon Jones could be facing over five years in prison
5 years ago
Gwen Stefani Receives Massive Backlash After "Insulting" April Fools' Prank
5 years ago
Katie Price Names And Shames The Twitter Trolls Bullying Her Son Harvey
5 years ago
Kim Kardashian Blasts "Body-Shaming and Slut-Shaming" In Brilliantly Honest Post
5 years ago
WATCH: Emma Watson Launched HeForShe Arts Week On International Women’s Day
Next Page