James Blunt's Final Agony Uncle Column is Something Rather Special

Well played. Or at least, good comeback after you've offended thousands of fans.

In it, the 40-year-old You're Beautiful singer advised one reader to dump his girlfriend because she wasn’t in the mood for sex often enough. 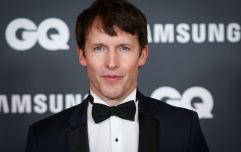 James Blunt says 'posh people have feelings too,' admits to having 'stupid accent'

END_OF_DOCUMENT_TOKEN_TO_BE_REPLACED

My girlfriend and I are going through a bit of a dry patch. We’ve been together for just over two years and used to make love every day. Now i’m lucky if I get any action once a month. She says she is happy and loves me but is always too tired for sex. What can I do to spice up our sex life? 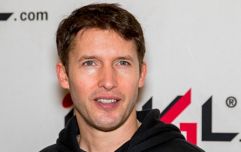 END_OF_DOCUMENT_TOKEN_TO_BE_REPLACED

A dry patch… He he! Mate – dump her. We’ve got to send a message to girls worldwide that this is just not acceptable.

The advice came just three weeks after Blunt told another reader, "West Mids Boy", who complained about being approached by “mingers” to “either close your eyes, or drink them pretty.”

Neither column fared well with readers, with Blunt slammed for his misogynistic comments.

Today, Blunt has answered another letter from "West Mids Boy" and it appears to be his last.

popular
Wagatha Christie: Rebekah Vardy storms out of court just 30 minutes into final day
Only a matter of time before monkeypox spreads to Ireland, says expert
Claire Byrne Live viewers in shock as woman shares family DNA secret
Surprise! Ed Sheeran announces he and wife Cherry have welcomed baby #2
Why Are Men so Obsessed With Boobs? The Answer is Pretty Surprising...
This is the easiest way to determine you may have VIKING heritage
Here Are The Top 20 Most Common Pin Codes in The World
You may also like
2 years ago
James Blunt just announced a Dublin gig for next summer
4 years ago
James Blunt absolutely OWNED John Mayer on Twitter today
5 years ago
The real meaning of James Blunt's 'You're Beautiful' is the opposite of what you thought
7 years ago
Chart-Topping Singer Slammed for "Sexist and Misogynistic" Advice Column
7 years ago
James Blunt Brands 'You're Beautiful' As "Annoying"
7 years ago
James Blunt Challenges X-Factor With Open Auditions For Unsigned Act
Next Page