Kelsey Grammer and his wife Kayte Walsh are reportedly expanding their brood.

A source is said to have confirmed to Us Weekly that the couple, who wed in 2011, are expecting their second child together.

The news comes only a matter of days after the Frasier star was spotted rubbing Kayte’s “baby bump” at the Vanity Fair Oscar Party at the weekend.

END_OF_DOCUMENT_TOKEN_TO_BE_REPLACED

Kelsey has previously spoken of his desire to have more children. He told Access Hollywood Live: “I think we’ll have at least two more, if not three or four. I think it’s a great way to live a life.”

They are already the proud parents of 19-month-old Faith who was born in rather tragic circumstances. Kelsey and Katye had initially announced that they were expecting twins but they sadly lost their baby boy. 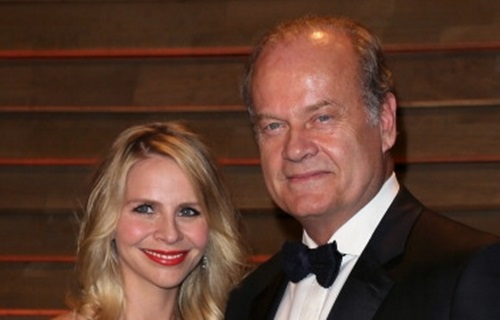 Kayte and Kelsey are apparently expecting their second child together.

popular
Hilary Swank, 48, reveals she is pregnant, expecting twins
Davide Sanclimenti opens up on having kids with Ekin-Su Cülcüloğlu as he turns down Dancing On Ice
So apparently George and Mollie from Love Island aren't actually step siblings
Lush to open its biggest Irish store this winter
Angelina Jolie accuses ex-husband Brad Pitt of abuse
People are being warned not to dress as Jeffrey Dahmer for Halloween
Rebekah Vardy asks Coleen Rooney to give legal fees to charity
You may also like
3 years ago
Turns out, this colour of wine gives you the WORST hangover
6 years ago
Pretty Little Liars actor Brandon Jones could be facing over five years in prison
6 years ago
Gwen Stefani Receives Massive Backlash After "Insulting" April Fools' Prank
6 years ago
Katie Price Names And Shames The Twitter Trolls Bullying Her Son Harvey
6 years ago
Kim Kardashian Blasts "Body-Shaming and Slut-Shaming" In Brilliantly Honest Post
6 years ago
WATCH: Emma Watson Launched HeForShe Arts Week On International Women’s Day
Next Page