Kris Jenner is reportedly on the warpath over Bruce Jenner's plans to launch his own reality television show.

Jenner is currently believed to be filming a documentary series based on his transition to becoming a woman but E! is also said to be interested in offering the former Olympian his own Keeping Up With The Kardashians-style reality show.

However, the Kardashian matriarch is said to be doing "everything in her power" to ensure that plans for the spin-off are abandoned, as she feels it will be "too much competition" for her long-running series. 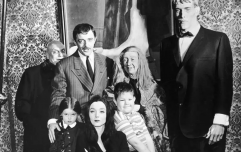 END_OF_DOCUMENT_TOKEN_TO_BE_REPLACED

"Kris is doing everything in her power to make sure that Bruce does not get a spin-off show. She has even gone so far as to say that she will not allow the Kardashians to be involved at all if Bruce gets his own show,” a source told Radar Online.

The Kardashians recently signed a $100 million contract for four more years of the hugely popular series but Kris is said to be furious with the network over their talks with Jenner.

“She has actually asked the higher-ups how E! could do this to her after all that she has done for them! Part of her believes that Bruce is doing the transition to one-up her and get even for all the trauma that she put him through."