With only a week to go until Love Island returns, Laura Whitmore is doing some final packing as she gets ready to jet off to Cape Town, South Africa for the first winter edition of the hit TV show.

Caroline Flack stepped down from presenting duties this year as she deals with assault charges. The star appeared in court last month and is expected to appear in court again in March.

Taking up the role from Caroline, Laura admitted she's excited to take on this new venture and also, get the opportunity to work alongside her boyfriend and legendary Love Island VO, Iain Stirling.

So far there has been a lot of talk over who the new Islanders will be. From model Ellis Iyayi (who was one of the first mentioned names) to more recently, Alisha LaMay.

Alisha is said to be the next contestant who is similar to Molly-Mae in the villa. Alisha is an Instagram influencer with plenty of celeb pals and and more than 100,000 followers. 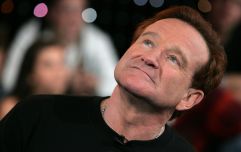 Robin Williams made every company he worked for hire homeless people

END_OF_DOCUMENT_TOKEN_TO_BE_REPLACED

Producers reportedly think that Alisha would be the "perfect fit" for the winter series, with her "fun-loving personality, positive body image, large fan base and legion of celebrity pals."

You can check out all the potential Islanders here.

We're beyond buzzing for the new series.